INEOS and fracking in Scotland

Amidst all the current excitement about possible imminent fracking by Cuadrilla, an interesting wrinkle in the legal position in Scotland has been exposed over the summer. In the first week of May 2018, INEOS applied for a judicial review of the apparent ban on fracking in Scotland announced by Ministers from the Scottish National Party (SNP). The company claimed that the October 2017 statement made by the Scottish Government amounted to an outright ban.

A spokesman for the firm said: “INEOS Shale is asking the Scottish Court to decide whether the fracking ban is lawful. We believe the Scottish Government exceeded its powers and lacked competence to impose a ban.”

Legal papers show that INEOS wanted the court to find it was unlawful for ministers to use their powers under planning legislation to ban fracking. The company was also seeking damages, alleging that millions of pounds it had invested in acquiring fracking licences and obtaining planning permission for drilling sites has been “rendered worthless” by the ban. It also claimed a ban would result in Scotland missing out on economic benefits, including about 3,100 jobs and £1 billion for local communities. 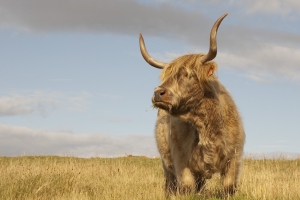 When the case opened, there was some surprise when the Lord Advocate announced that there was no formal legal ban in Scotland. This did not sit well with the fact that Ministers in the Scottish Assembly had already announced a ban. But this nice legal point formed the basis of Lord Pendleton’s judgement. He ruled as follows: “The petition is predicated on the proposition that the Scottish Government has introduced an unlawful prohibition against fracking in Scotland.

For the reasons set out in this judgment, I consider that the Government’s legal position is soundly based and that there is indeed no prohibition against fracking in force at the present time. What exists at present is an emerging and unfinalized planning policy expressing no support on the part of the Scottish Government for the development or extraction of Unconventional Oil and Gas in Scotland.

The process of policy development is not yet complete; the important stages of a strategic environmental assessment and a business and regulatory impact assessment have still to be carried out. There is no basis on which the court should interfere with those procedures; the petitioners [i.e.INEOS] will have a full opportunity to contribute to and participate in them.  I conclude that since there is no prohibition against fracking, the petitioners’ case is unfounded; their application for judicial review of the alleged ban must accordingly fail.”

The company subsequently issued a statement as follows:-

“We welcome the decision announced by Lord Pentland today. We are in the extraordinary position where a senior judge has effectively concluded that the Scottish Government did not know what it was doing. He has ruled that there is no fracking ban in Scotland. We are sure that this will be a surprise to all those who heard the First Minister and others repeatedly tell Holyrood the exact opposite. It is for MSPs to decide whether Parliament was misled deliberately or simply through incompetence.”