In spite of the government’s stated enthusiasm to exploit Britain’s shale gas potential the pace of development has been slow. In February Third Energy received permission to frack an existing vertical well in North Yorkshire but released the equipment in March pending a review of its financial resilience by the Oil & Gas Authority. IGas received planning permission to drill three exploratory wells in North Nottinghamshire in early 2017 but has not yet spudded any of them.

Cuadrilla on the other hand has drilled one exploratory vertical well and two horizontal wells into the Bowland Shale at Preston New Road, one extending 800 m at a depth of 2300m, and the second nearby extending 750m at 2100m. On the 26 July the company received consent to hydraulically fracture the first of these from the Department of Business, Industry and Environment (DBEIS).

This consent follows the rules set up in 2015 in which 13 conditions must be satisfied. Most of these are the sort of general requirements that one might expect, such as that the environmental impact has been considered and the substances used have been approved, but there are also some more specific conditions relating to methane. First, the methane level in air must be monitored; second, this level must be published; and third the level of methane in groundwater must be monitored for 12 months prior to fracking. 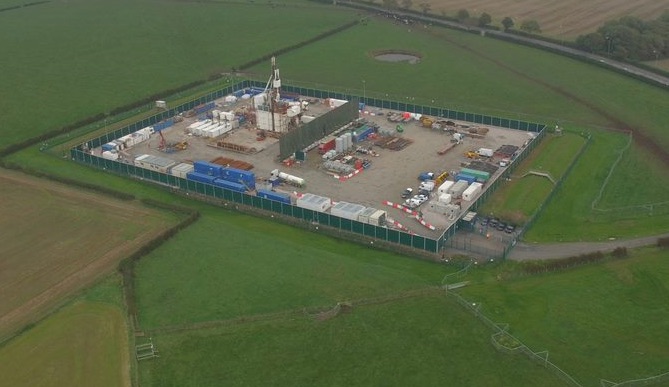 It is strange that the methane must only be monitored before fracking and not after. It is also strange that there is no requirement to monitor seismicity in the area. In practice when the DBEIS approved Cuadrilla’s drilling plan in October 2017 (overturning Lancashire County Council’s rejection) it did so on condition that the seismicity and groundwater would be monitored over a radius of 4 km around the wells for a period of 5 years.

One final condition for the fracking consent is that “a scheme is in place to provide financial or other benefit for the local area”. It seems odd that this should be a condition for fracking but not for the drilling of wells, and highlights the rather ad-hoc nature of the conditions and the confusion between drilling and fracking. Clearly the government is concerned to diffuse some of the antagonism to fracking but in the longer run the whole process will need to be streamlined.

Interestingly, as with Third Energy, the DBEIS is very concerned with financial resilience, in order to make sure that the companies involved have sufficient funds for decommissioning (although how you decommission a hydraulic fracture is not obvious, while decommissioning a well is). In the case of Cuadrilla a special condition of the consent is that one of its partners in the Preston venture, Spirit Energy, prove its financial resilience. Alternatively Cuadrilla can put £557,000 in an escrow account.

When this remaining problem is solved, will Cuadrilla move quickly to frack the well? Probably not. The cost of mobilising the large amount of equipment needed is high because it is not available in the UK and probably not in Europe. Cuadrilla is likely to wait for approval of the second well so as to do both at the same time. There may also be a strong temptation to wait for Third Energy and IGas to be ready in order to share the mobilisation costs. This, however, may mean waiting too long.