AIM-listed Accsys Technologies is a chemical technology company specialising in the acetylation of wood, a process that makes the wood stronger and prevents decay. Their primary focus is the production of Accoya solid wood and Tricoya wood elements, used for windows, doors, decking, cladding and other construction products.

We last wrote about the company on 3 October 2017, commenting on a progress report they issued ahead of the Interim Results statement for the six months ended 30 September 2017, which was due to be released on 22 November  2017.

At this point, the group was in an unusual bottleneck situation. The progress report said: “Demand for Accoya continues to be strong but as previously stated we are now operating at full capacity. Further growth will therefore be constrained until the third reactor is complete”. The ‘third reactor’ refers to expansion at the Arnhem plant in Holland where the Accoya is made, and where wood is processed for Tricoya’s market development. The progress report continued: “The new capacity should be available from the beginning of the next financial year starting 1 April 2018”.This expansion plan portended a 50 per cent increase in the company’s Accoya capacity to approximately 60,000 cubic metres. 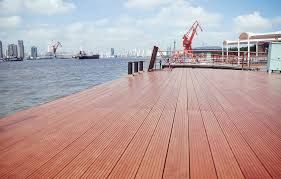 The Tricoya plant in Hull is the other part of Accsys’s ambitious expansion plans. Described as the world’s first dedicated chip acetylation plant for the manufacture of Tricoya, it involved a deal with Medite, BP and financial partners BGF and Volantis, resulting in an investment of  Euros 41.2million  towards  the project The Tricoya plant in Hull should be operational in the first half of 2019.

Preliminary Results for the year ended 31 March 2018 were published on 19 June 2018. They stated that Accoya sales volume had increased by 7 per cent for the FY to 42,676 cubic metres, with a 15 per cent increase in the second half. This increase was thus largely achieved before the third reactor in Arnhem became fully operational in June 2018.

Total group underlying revenue increased by 8 per cent to Euros 60.9m against Euros 56.4m in FY 2016-2017. The lion’s share of revenue came from Accoya but it was supported by strong sales of Tricoya panels which rose by 26 per cent during the period. Earnings before interest, taxation, depreciation and amortisation, EBITDA, were Euros 3.5m in losses against Euros 1.5m in FY2016/17.

It is interesting to note however that losses in the second half of FY2017/18 fell to Euros 0.7m compared to the Euros 2.8m loss in the first half. Also, during the period there was good news in the form of an important licence deal with FINSA, one of Europe’s longest established MDF(medium density fibreboard) and chipboard  manufacturers. Under the agreement FINSA is granted exclusive rights for manufacturing high-performance wood-based panels from Tricoya wood elements in Spain and Portugal, with non-exclusive distribution rights in other territories.

The Preliminary results were generally well-received.  Broker Numis Securities in a note issued on the same day as the results release (19 June 2018) said: “In our view the key news from Accsys’ results is that its two major capacity expansion projects remain on track. The 50 per cent expansion at the group’s Accoya plant is now operational (and we therefore forecast a 20 per cent increase group revenue in FY19”. “The share price on 19 June 2018 was 79 pence. Numis set a target price of 117p on that day.