The London Stock Market FTSE 100 contains a number of companies whose operations are mainly outside the UK. At a more modest level that is also true of the AIM market. One such company is China New Energy Limited (CNEL), which produced its Annual report for the year ending 31 December 2017 on 29 June. (Last year the corresponding Annual Report was published on 30 June).

In spite of its imposing name, CNEL is a relatively small investment vehicle, which listed on AIM in 2011. It was incorporated in Jersey some years before, in 2006, though its   headquarters is in Guangdong, China. It has a modest market cap (£6.11 million at today’s share price). 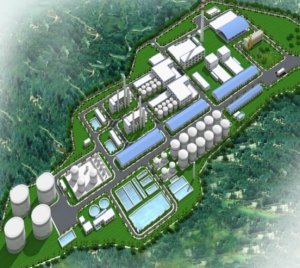 The group’s principal activity is providing process technology, engineering designs, plant manufacturing and operational services for producers and users of bioenergy for producing bioethanol and biobutanol, which are commonly used by downstream producers as primary fuels, as solvents for use in the chemicals industry, or as ingredients for the beverages industry.  Most of its business activities are in China or with Chinese companies and the Annual Report states that the company is a “market leader”, with involvement in 60 per cent of all Chinese biofuels projects.

The Annual Report also notes that the substantial “growth in business performance is mostly attributed to a change in policy in China to increase the production of fuel ethanol”. The result was that the Group won and delivered “a number of high profile contracts with a mixture of new and existing customers.”

But that is not the whole picture. Basically, Biofuels are a more, or less, attractive option depending on the level of the oil price in the market.  As the CNEL Chairman, Yu Weijun, has rightly noted, the rising oil price has restored cost competitivity to biofuels and sparked renewed interest internationally in new biofuel and biochemical projects.

It is perhaps worth adding that on 28 June, the day before the Annual Report came out, the share price was 1.5680p. Yet although the news and the results were good, not to say outstanding, by Friday 6 July the share price had fallen to 1.3750p.

It is also perhaps worth pointing out that the Group provides its technology etc through its wholly-owned subsidiary, Guangdong Zhongke Tianyuan New Energy Science and Technology Co. Ltd (“ZKTY”) which has close links with, and emerged from, the Guangzhou Institute of Energy Conversion, a prominent research centre in China, which specialises in research into alternative energy and renewable energy technologies.