Accsys Technologies Completes Fundraising Ahead Of Major Capacity Boost in 2022

It’s been a really positive start to 2022 for Accsys Technologies, the London AIM-listed group that makes eco-friendly, high performance, sustainable wood building products.It’s also shaping up to be something of a landmark year ahead with key new capacity increases coming to fruition as the business expands.

Two projects, in particular — one in the UK, one in the Netherlands — are set to double total production capacity in the next few months, which will help the company to capitalise on rising demand for its products, used in a variety of project settings, for windows, doors, cladding and decking across the world.Ahead of this busy period, it has been shoring up its finances.

On 25 May, 2022, Accsys Technologies announced an equity Issue to raise gross proceeds of approximately €20 million that will help it to complete its new expansion projects, as well as boost liquidity and strengthen the balance sheet. 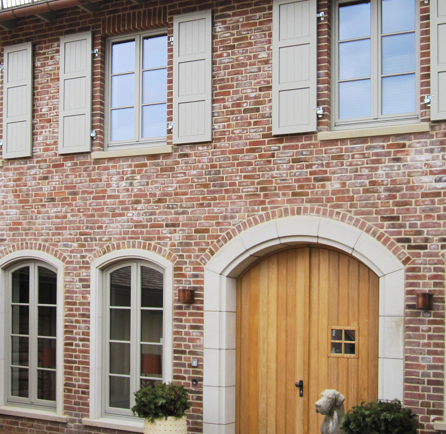 Tricoya wood elements are used for doors and windows

That’s exciting news given that it also approved the final investment decision for its new Accoya USA joint venture back in March, alongside its partner, Eastman Chemical Company — so more potential growth further down the line.

The net proceeds of the latest fund raising exercise will be used for additional costs to complete the Arnhem Plant Reactor 4 (R4) capacity expansion in the Netherlands, now heading for start-up through June 2022.That’s a bit later than planned, plus there is an expected additional cost of around €7m to complete the R4 project, compared to the original cost of €26m, but investors will no doubt be relieved to see production up and running.

The company is also expecting start up imminently from its flagship Hull site in the UK.The new funding will also provide increased working capital in FY23 in what is shaping up to be a pivotal year for Accsys Technologies, with the equivalent of an additional 60,000m3 of new capacity projects due on stream in the next three months.

This will increase total capacity at group level to 120,000m3.Announcing the closing of the latest fund raising, Rob Harris, chief executive, also laid out a few highlights from the group’s unaudited results for the full year ended 31 March, 2022, citing “strong demand and good revenue growth”.

“We are very excited to approach the completion of the R4 and Hull projects in the next three months which brings the opportunity to enhance profitability through economies of scale as we double production capacity across Accsys,” he said.

“Demand for our high-performance and sustainable building products — Accoya and Tricoya, — remains strong and Accsys continues to deliver its targeted five-fold increase in production capacity to 200,000m3 by 2025.”The new round of cash, he added, would “ensure delivery of our key growth projects”.

In the Netherlands, once at full capacity, R4 is expected o add 20,000m3 of additional volume. Accsys Technologies is allowing for a long two-year ramp up, but notes that Reactor 3 at the Arnhem site was at full capacity within just nine months.

In the UK, a world-first Tricoya plant, based in England’s north east, is on track to commence operations this July or August, after the company took over responsibility for project delivery previously.This plant is expected to produce an additional equivalent of 40,000m3 once at full capacity, this time over a planned three-year ramp up period.

As well as this near-term capacity upgrade, developments in the USA also suggest that Accsys Technologies is thinking ahead, and keen to nurture other global markets. Back in March, it said that all key commercial agreements, including bank loans totalling US$80 million, are now in place, with ground breaking at the site commencing in April.

The US$136m plant cost is being split between Accsys and Eastman (60:40), and will replicate existing Accoya technology at the’ Arnhem production facility.The joint venture will construct the 43,000m3 plant at Eastman’s Kingsport, Tennessee site over an anticipated two-year timeline. Potentially, the wider site has the potential for up to eight reactors, or more than 160,000m3 capacity per annum in total.

Accsys has already established strong foundations in North America with significant customer demand for Accoya, though supply is currently constrained by production capacity at the existing Arnhem plant and requiring transatlantic transportation.“North America represents a substantial market opportunity for Accoya and a growth acceleration opportunity for Accsys,” the company noted in its March statement.