Accsys Technologies showed last week that it is building a sustainable future not just with the wood products it makes, but as an all-round growth company.Its latest set of preliminary results for the year ended 31 March 2021 showed profits up, group net debt down, and a respectable 10 per cent year-on-year revenue hike, up to €99.8m. Investors responded well to the new set of results, which exceeded expectations. It’s all the more impressive given the year we’ve just had and all the challenges thrown up by Covid-19 and its ensuing lockdowns, which clearly unsettled work at one of the company’s flagship expansion projects in Hull, in the North East of England.

Nonetheless, with profits and revenues climbing and interest in sustainable materials growing, Accsys Technologies is powering ahead with plans to raise capacity five-fold in the coming four years.The London AIM-listed group combines its sophisticated chemistry and technology know-how to create high performance, sustainable wood building products. Indeed, demand outstripping its supply had been one of the critical bottlenecks facing the company, a situation that has since been resolved.In its prelims, it noted that it was making strong headway towards a 2025 target of ramping up its production capacity.

Robert Harris, CEO, called it a year of “clear progress” for the group.“ We managed the initial challenges presented by the pandemic and have delivered growth in revenues, profits and margins, alongside progress on our sustainability agenda: Changing Wood to Change the World.”In essence, Accsys Technologies has two core divisions, with both in expansion mode. Its flagship Accoya Wood is based in Arnhem in Holland, and accounts for the vast bulk of turnover, while Tricoya Wood Elements is building the world’s first wood chip acetylation plant in Hull; Tricoya Wood Elements are used for doors and windows. 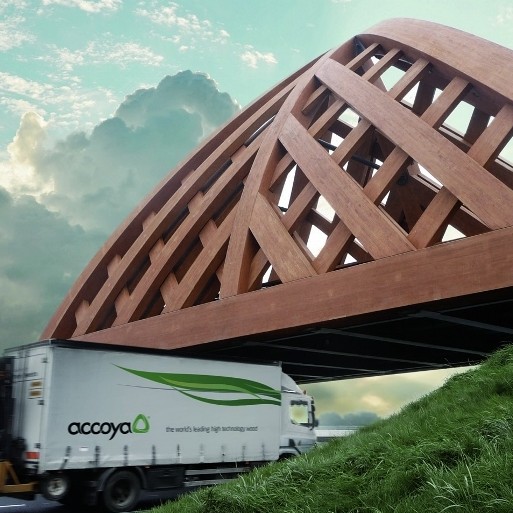 Accsys builds with resilience  against a  future crisis

Also  the company is making progress with  its US Accoya facility with its joint venture (JV) with Eastman Chemical. Likewise, it also continues to progress with Petronas the opportunity to expand Tricoya into Malaysia; Petronas is Malaysia’s state-owned energy firm. It will be these new developments, that will take capacity from about 40,000m3 per annum back in 2018 to 200,000m3 a year by 2025, that will get investors excited about the group’s mid-term prospects.

Moreover, things are looking good on the expansion front. At the main Arnhem plant, a fourth Accoya wood acetylation reactor is on track to be operational in 2022 after being installed back in May.Reactor 4 will increase annual production capacity of Accoya wood by one third: from 60,000m3 to 80,000m3 per year; it is expected to begin production by Q4 FY 2022. In the USA, an investment decision is also anticipated this summer following Accsys’ oversubscribed €35m net capital raise in May to fund its equity share of the JV.

It hasn’t all been plain sailing though, notably in the UK. The world-first Tricoya plant construction in Hull is now in its final stages of completion despite a number of challenges. Accsys Technologies announced in its prelims that it is now taking over the project and is evaluating the most effective way to complete the construction work following termination of the main engineering procurement and construction (EPC) contract. On 7 June, 2021, Accsys Technologies reported that it had received notice from the lead contractor responsible for delivery of the plant, Engie Fabricom UK Limited, that it planned to demobilise from the site, citing force majeure arising out of the Covid-19 pandemic.

It’s a setback, but given all the challenges and uncertainties of the past 18 months or so globally, not one that is expected to unhinge the momentum. Harris said that the company is now in the process of validating the remaining works, costs and timeline for completing the project, so expect further updates on this in due course.“Group overheads will increase next year given the investment in our organisation for growth and ahead of the planned Hull plant start-up,” he added. At the same time, expect to see more revenue growth as the additional capacity at Arnhem becomes on stream.