Fracking has become the object of intense opposition which has unfortunately deflected attention away from the real issues concerning the exploitation of shale gas in the UK.

The main arguments against exploitation are, of course, that burning it emits CO2 and it is not renewable, but we know that gas will be needed for many years for heating if not for electricity production. Even then, if carbon capture and storage techniques are used, it can continue to be a significant source of energy because of its many advantages: ease of transport through an existing national grid, and ease of storage above and below ground, an important feature not available with wind and solar energy. Other arguments in favour of exploitation centre around issues of national security and the advantages both economic and political of having a home-based supply.

The main issue then becomes the disruption caused by drilling and completing gas wells on the scale needed to satisfy the country’s needs. Production from shale gas wells drops off fast, so that to maintain a constant supply there is a continual need to drill more wells. On the positive side ten or more wells can be drilled from a single surface location, but on the negative side the amount of equipment needed (such as steel pipes, pumps, water and cement) means a constant movement of heavy trucks from one location to another, often requiring new or enlarged roads. 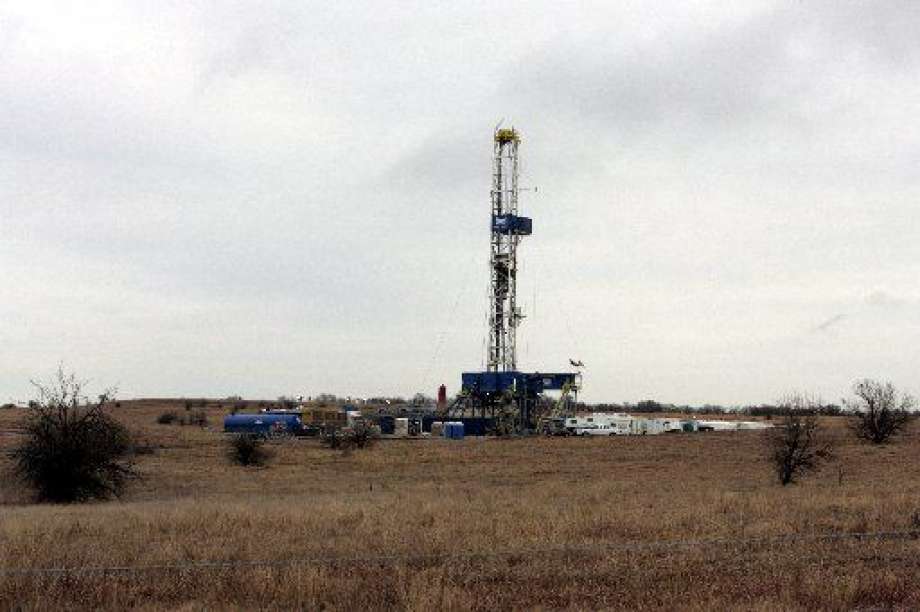 These arguments were illustrated in an Oxford Energy talk by Stephen Heidari-Robinson, one time energy and environment advisor to David Cameron, in which he said that satisfying half of the UK’s need for gas in 2030 would bring £1.1bn per year in taxes, plus £160m per year for local communities and 60,000 jobs mainly in the North of England where 75 per cent of the resources lie.

On the other hand it would mean drilling 3400 wells per year from 340 sites with 2700 truck journeys per day. Based on US data there would likely be 3 surface water spillages per year.

The UK does not have the open plains of west Texas, Oklahoma or North Dakota. Once built-up areas and national parks have been excluded there is not so much left for large-scale exploitation. And from the US experience a large scale is needed to make it economical. Even then, major oil companies have largely withdrawn from shale gas exploitation as their larger overheads do not make it worthwhile.

This industrialisation of the countryside is the main issue with shale gas exploitation. But wind and solar farms present a similar problem. At least once wells have been drilled the drilling rig moves on and what is left is a discreet wellhead. Wind turbines and solar panels do not go away.

To meet the electricity plans for the Fifth Carbon Budget in 2032 the UK needs to produce approximately 25 TWh of solar and 50 TWh of onshore wind power per year, in both cases more than twice the production in 2017. This translates into a total area of about 12 miles by 12 miles covered by solar panels of which 8 miles square might be non-rooftop.

Such a calculation is harder to make with wind turbines. The actual ground area occupied is small but the sound and visual impact areas are much larger. A rough idea can be obtained by calculating the area that is needed by one turbine so that it does not interfere with another. This leads to a total area of about 38 miles by 38 miles. Offshore wind will need a further 42 miles square to meet the goals for 2032.

These numbers are for 2032 when the UK is aiming to produce about 50 per cent of its electricity from wind and solar, with 25 per cent from gas and the remainder from nuclear, biomass and hydro. To remove all dependence on gas and to convert heating and transport to renewable could require doubling the area covered in 2032, so four times the current area.

What do we object to least: the larger, but more transitory disruption of shale gas exploitation, the risks of nuclear, or the more permanent unsightliness of wind and solar farms? These are the main choices.

And fracking? It has been done worldwide for over 60 years, and intensively in the US for over 10 years without disaster. There has been some surface and ground water pollution, but this has been caused by improper sealing around the surface pipes or careless operation. Minor earthquakes have been caused by dumping too much produced water back into the ground. Both are the result of intense drilling activity, not the actual fracking.

While we ponder these choices we should at least drill sufficient shale gas wells to evaluate how much shale gas could be produced in the UK and at what cost. Only then can we make a proper judgement.