What is the likely shape of the future market for gas in the UK?

There are purists who would like to believe that gas has no long-term future,  that it will serve only to help fuel the transition to a renewables future. Others believe that gas has a long term role as a fuel, cleaner than coal or oil, which can help us to meet our decarbonisation targets and thus helping to mitigate the effects of climate change. Majority opinion seems to be in favour of a long-term role, not least because of the difficulties which come with a wholly renewable future (eg intermittence both seasonal and systemic)

There seems to be no denial of the proposition that there has been, and will be, a shift in the relative importance of oil and gas for reasons to do with decarbonisation. BP for example, expects that by 2025 their portfolio will be sixty per cent gas and only forty per cent oil. And in support of this view it is worth noting that of the seven major projects that BP completed in 2017, six were gas projects. 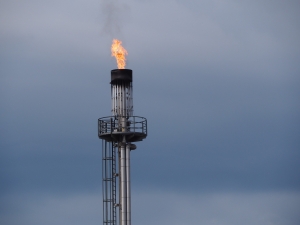 Not that gas is trouble free. The decline of gas production in the North Sea has inevitably led to a huge increase in imports, be it through a pipeline from Norway, from Russia or in the form of LNG from Qatar or the US. In addition, our very limited storage capacity combined with the recent cold snap has shown the extent to which the UK is now vulnerable in the short-term. While continental Europe has storage capacity equal to some twenty per cent of demand, the closure of Centrica’s Rough storage facility for economic reasons leaves us with storage capacity equivalent to perhaps two per cent of demand. As a result, there is simply not enough time for extra shipments to get here from abroad once the forecasters tell us that a cold spell is coming. That is one aspect of security of supply.

Another aspect is to do with price. Will there be enough gas at a price which is affordable to consumers and at the same time sufficiently generous to enable the necessary new gas delivery projects to be financed? Can it really be the case that LNG imports will constitute ninety per cent of  new imports? What is perhaps interesting is that North West Europe seems to be dominated by concerns about carbon reduction, while South East Europe is far more concerned about issues of affordability and air pollution.

At least part of the response to this set of considerations is for the UK Government to redouble its efforts to attract companies to, or back to, the North Sea oil and gas basin. Rig rates are down, the fiscal regime has been improved and more innovative funding mechanisms are being examined. but whether or not the North Sea is now “flavour of the month”, the fact remains that it is still the second most expensive area to operate in the world. Increased UK production of gas can only replace imports if that production is competitive economically. It is possible that part of the answer lies with significant indigenous production of shale gas. But that is another story, yet to be proved.