Ruminations on renewable energy: storage is the missing link

When I started Greenbarrel.Com in its latest incarnation last year I knew it was going to be a different experience from my first venture into internet publishing in 2003, even though the business model is similar.  The first venture was Oilbarrel.com, an online platform for investors interested in putting money into small oil and gas companies which grew into a successful conference business.

The target companies had small market capitalisations and were mostly quoted on the London stock Exchange’s junior Alternative Investment Market (AIM). There were few such companies listed on AIM in those days, about 12 if memory serves; and they received scant coverage from City brokers and national newspapers.

The idea was to put under-informed investors in touch with under-covered companies. We did this by profiling the companies on our website and then writing about them when they had something say– not by rearranging their press releases but by providing value added comment.

I was lucky in my timing. When I started out in April 2003 the oil price was US$23 a barrel. It soon started a dizzying ascent, with barely a break until it reached a peak of US$ 147 a barrel in July 2008. The boom sparked off some rapid company formation and lots of investment and the cost of market entry for oil and gas explorers was low. The oil price collapse came along and meant the beginning of the end for Oilbarrel.com.

Replicating this model with Greenbarrel, whose prime aim is to write about renewable/alternative energy companies as investments is an entirely different proposition. My own view is that because fossil fuels seemed cheap and abundant for so long and the climate change agenda did not have the urgency of today,, there has been a severe lack of investment in some of the new technologies necessary to commercialise renewable companies. 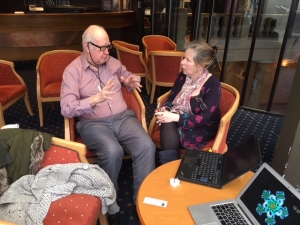 The cost of entry, unlike for oil and gas exploration and production companies (E&Ps), can be high for renewable concerns. We have 54 renewable/ alternative energy companies profiled on Greenbarrel.com. Many of them raised substantial sums of money only to spend most of it on proving up their products and overcoming regulatory hurdles. Without any revenue streams these companies, found going back to the market for funds was a fruitless exercise.

An article published in the Investors Chronicle (IC) in December 2017, said: “Of 85 new listed energy and clean tech companies from January 2010 to September 2016 only 13 had a positive return and of those only 6 had not de-listed.”  A report notes the IC added : “Companies own renewable credentials can become a challenge, as frequently managements message to investors was more about saving the planet rather than delivering returns to investors.”  The report authors said this was “laudable” while they added “it often led to unsustainable businesses that met neither goal”.

The climate has changed particularly since December 2015 and the Paris agreement which prompted new waves of investment towards renewable energy.  So Greenbarrel carries on although we have not yet managed to organise a conference.

I was ruminating with a neighbour, Liz Sleeper over coffee..  She is very much involved in the green energy space and as it happens  is currently organising  a two day conference about Energy Storage  called “Energy Storage Connected Systems” (ESCS) and it’s opportunities within the UK market.  The conference is developed by REED exhibitions and the Renewable Energy Association.

This two day event covers all elements of the UK energy storage scene and its role in the transitioning UK energy system.   Participants  include policy makers, civil servants, representatives from the Bix Six utilities as well many leaders from smaller clean- techs involved in one way or another in de-carbonising our power, transport and heat networks.

Storage has been the missing holy grail in taking forward renewables, so any investor interested in learning more about this industry and the companies active in this arena would do well to sign up to this event.

Our commitment at greenbarrel.com is to put under-informed investors in contact with under-covered companies so organisers are offering readers of Greenbarrel.com a 15 per cent discount at this event.  Click on this LINK quoting the promo code GREENBARREL