China is reinforcing its pre-eminence in renewables

Almost exactly twelve months ago a report was issued noting that China was reinforcing its increasing dominance in renewable energy by a programme of aggressive investment both at home and around the globe. That report came from the Institute for Energy Economics and Financial Analysis (IEEFA).

On 9 January 2018 IEEFA produced a follow-up report underlining China’s progress in terms of the trend identified twelve months ago. It makes stark reading. Not only has the advent of President Trump further shifted the balance in terms of the Paris agreement on Climate Change, but deliberate policy has tightened the Chinese grip on renewables and investment world-wide, while at the same time responding to the domestic priority to be seen to be addressing the air pollution crisis in many Chinese cities.

In 2016 China made foreign investments of over US$32 billion, a staggering increase of some 60 per cent over the figure for 2015. Yet the figure for 2017 of US$44 billion of overseas investment in clean energy showed a further emphatic increase, as did the increased figure for investment in domestic renewables, which is a necessary prelude to further international expansion. Let us not forget that China boasts five of the world’s six largest solar-module manufacturing firms, accounting together for around 60 per cent of global capacity; the world leader in on-shore wind power; the world’s largest lithium ion battery manufacturer and State Grid Corporation, the world’s largest power utility by revenue. So it is hardly surprising that, according to the International Energy Agency (IEA) China will continue to lead the world in renewable energy development, with the Belt and Road Initiative providing an overall context for much of the investment. 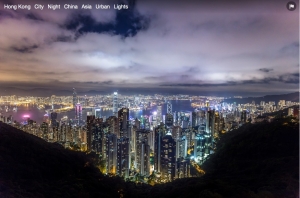 In addition, China is clearly positioning itself to play a pre-eminent role in the new technologies of electric vehicles and batteries, as well as trying to control the raw materials they require, like lithium, nickel and cobalt. For example, Bloomberg New Energy Finance predicts that by 2020 Chinese companies will be responsible for 121 gigawatt-hours (GWh) of battery production capacity, dwarfing the 35 GWh forecast for Tesla.

But perhaps most instructive is the impact on renewables of some of the important decisions taken by the Government during 2017. In August, in the context of the reorganisation of the large state-owned power generators, it was announced that China’s top coal miner and a power generator in its own right, Shenhua Group Corp, would be merged with one of the nation’s “Big Five” power utilities. As the IEEFA report has it “The combination of Shenhua and China Guodian Corp has created the world’s largest power company by installed capacity (about 225 GW). The new company, named China Energy Investment Corp, has an estimated payroll of 326,000 employees, a workforce almost four times larger than that of the entire U.S. coal-fired power sector in 2016.”

But interestingly, since China Guodian Corp has considerable clean energy assets, the new company will be less reliant on coal than Shenhua was before. 23 per cent of the generation capacity of the new company will come from renewables, mostly wind, solar, and hydro, whereas Shenhua was dependent on coal for 90 per cent of its generation capacity and thus pursued “more coal at the highest possible price ….a strategic posture which has burdened China’s power companies and limited their appetite for innovative new clean energy technologies.”