What drove TOROTRAK into receivership?

On 7 December at 07.30 it was announced that the Board of Torotrak had decided to appoint administrators from Deloittes  “as soon as is practicable” and to suspend the company’s listing on the London Stock Exchange, where the shares were quoted at 0.07 p. This was not totally unexpected: Torotrak had been warning that lack of cash could spell the demise of the company.

In terms of the share price, the decline has been quite abrupt. On 7 December 2017 (i.e. on entering receivership) the share price was a fraction of a penny, yet a year earlier, on 12 December 2016 it was 3.88 p and some years before, on 20 March 2013 to be precise, it was.as high as 31.25p. The announcement by the company makes it pretty clear that the cash simply ran out. There was a time when investors, like Alison Transmission, shared the company’s vision and made its products under licence; that time seems to have passed.

Torotrak is/was an engineering company specialising in innovative products like a variable drive supercharger, producing more power from a smaller car and a gearless traction drive transmission. The aim of these products is to meet the motor industry’s perceived need for cleaner, more fuel-efficient vehicles. 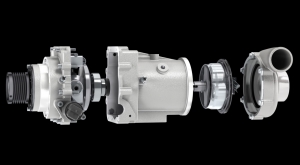 More significantly, in January 2014 Torotrak bought Flybrid Automotive, another small, award-winning, innovative company, which had developed a high speed, flywheel- based Kinetic Energy Recovery System (KERS). Originally developed to boost performance for Formula 1 vehicles, the system, which was powerful, small and light, gave a better power to weight ratio than existing automotive hybrid technologies. This made it possible to store more energy during short braking periods, dramatically increasing system effectiveness, with up to 70 per cent of braking energy being returned to the wheels to drive the vehicle back up to speed.

Flywheel technology itself is not new; flywheel energy storage has been used before in hybrid vehicles such as buses, trams and prototype cars, but the installation tended to be heavy and the gyroscopic forces of the flywheel significant. The KERS’system overcame these limitations with a compact and relatively lightweight flywheel, giving a considerable cost saving. That was the basis on which the company marketed KERS technology, claiming that KERS cost only 1/3 of the cost of an equivalent electric power hybrid technology for cars and commercial vehicles. Yet Flybrid has followed its parent into administration. So what happened?

Market purists might offer the explanation that the market allocates capital on a rational basis and that the market has decided against Torotrak, which, though innovative, has never really made a profit since it was floated on AIM in 1998, when the market situation was arguably more favourable. They would argue that the spectacular rise in recent years of the pure electric car and its associated technology has necessarily foreclosed on other technology options. And the launch of Tesla’s electricity-powered truck in the autumn of 2017 perhaps suggests that there are now more promising avenues for commercial vehicle development than Torotrak’s main drive transmission, which is designed principally for trucks and buses.

Yet those who hanker for a revival of British engineering companies and the specialised skills they offer might argue that innovative automotive technology is precisely the sort of sector where the UK needs to continue to be active, not to speak of the employment implications. And can the market really be working optimally when Torotrak enters administration at the same time as Barcelona can apparently pay Liverpool £142 million for Phillipe Coutinho, a Brazilian footballer?