As I sift through the various press releases from London-listed Drax Group, I think of BBC Radio 4’ s Today Programme. Most mornings recently the programme has set a puzzle.  The public utterances by the Drax Group, owner of the UK’s largest power station, are nothing if not a bit puzzling.

In February last year (2017) Deutsche Bank recommended a HOLD on the shares rather than an enthusiastic BUY. This was in the light of some disappointing results for the calendar 2016 year. The company reported a 17 per cent decline in 2016 underlying earnings (EBITDA) to £140 million and a drop of three per cent of consolidated revenue to £2 billion. The share price fell but not seriously so.

In December there were two trading updates. The one released on December 20 warned that following an unplanned outage at the rail unloading facilities at its power station biomass deliveries were restricted, which it expected could lead to a £10m reduction in EBITDA for 2017.

You would think that given all this ostensibly bad news through the year, the Drax management would become defensive. But not a bit of it. The board has shown a resolute optimism, saying that trading operations have remained in line with expectations”. They have not explained what, ‘in line with expectations’ means in terms of pounds, shillings and pence to the bottom line. But the fact that they have recommended a total dividend amounting to £50m for 2017 which is a large increase over the £10m paid out for 2016 and the £23m disbursed for 2015, seems to bolster their cheery outlook.

But there does seem to be a puzzle here. What is the answer to the contradiction between the management’s brightly positive attitude and market scepticism arising from the apparent stream of bad news? Give up? Well, the answer lies in the difference between pre-tax profits and EBITDA which means earnings before interest, taxation, depreciation and amortisation,

In the interims report for the first half of 2017, the company pointed out that the pre-tax losses reflected that there was a large increase in the depreciation of coal-related assets in the light of the government’s desire to phase out UK coal plants by 2025. There were also amortisation of the intangible assets associated with the acquisition of Opus Energy. As well as this there were unrealised losses on derivative contracts of £65m (principally related to the foreign currency hedging programme).

The good news was EBITDA for the period was £121m against £70m in the comparable period in 2016. Cash in hand rose from £151m to £179m during the six months. The point that the management seems to want to stress is the first half 2017 losses were due to non-recurring exceptional items and operationally the group’s in very good shape.

Drax’s main claim to fame in recent years is that it has transformed itself from being an entirely coal-to energy producer to a renewable energy provider. Three of the company’s six generating units are powered by compressed wood pellets and the company is looking at converting a fourth coal unit to wood pellets 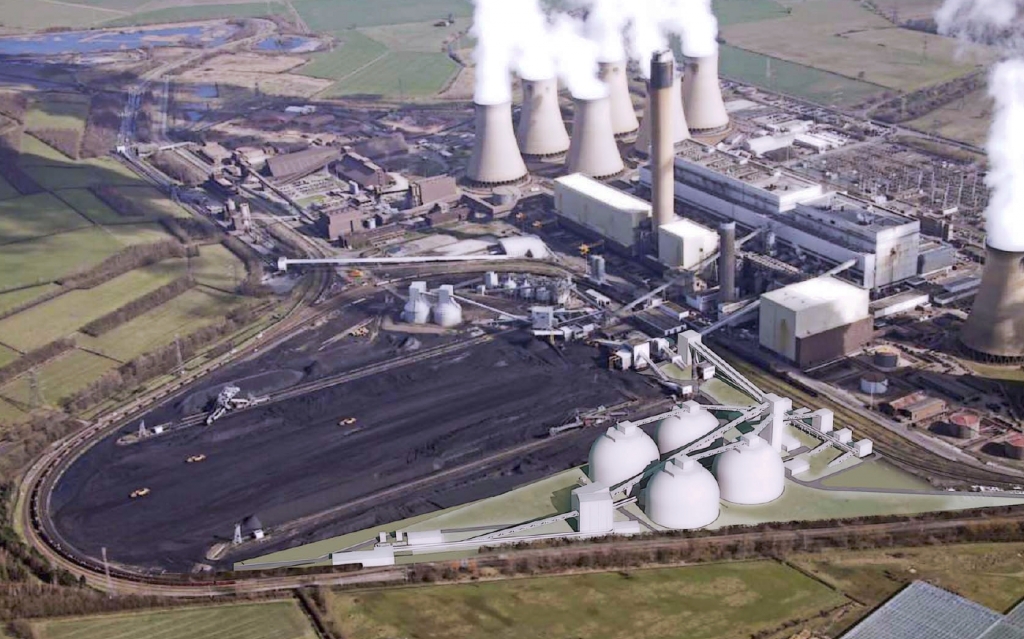 The company has claimed that: “In biomass generation we have delivered world class operational performance with output of 7.31 TWh in H1 2017.” One of the December trading updates issued by the company said power sales for 2017 are likely to run pout at 20.1TWh with an average achieved price of (perMWh) of £46.9.

In the UK 68 per cent of Drax’s total output comes from biomass. The company says it estimates it produces 17 per cent of the county’s renewable electricity, enough to power over four million homes. The switch to renewable power was not altogether altruistic because Drax was anxious to reduce carbon emissions, although that was part of the argument. It is also a case of economic expediency. Two of the units come under the renewable obligation certificates (ROCs) regime and the third a contract for difference (CfD) arrangement which means they receive generous government support.

Using wood pellets has caused problems for Drax in the past, mostly in terms of commodity price volatility and security of supply. With this in mind while production was running at 366,000 tonnes  earlier this year, in April Drax bought another 466,000 tonne compressed wood pellet plant called LaSalle Bioenergy in the US which increased the company’s self-supply to 30 per cent.

The move into wood pellets is not Drax’s only diversification. Drax has made a significant indent into the retail energy electricity market in the UK particularly with the supply of gas. With Haven Power on its books for some time Drax bought Opus Energy (for £367m) and this enabled the group to boost sales and become the largest “challenger” (against traditional suppliers) retail energy provider in the business-to-business (B2B) sector. EBITDA for Retail increased from £2m losses in H1 2016 to £11m profit in H1 2017.

Finally, another diversification is that Drax has continued to develop options for 1.2GW of Open Cycle Gas Turbine (OCGT) capacity providing peaking power and system support services to the National Grid. The first two projects –Progress Power and Hirwaun Power will participate in the next capacity market auction in February.

With all this the company has said they have a EBITDA target of £425m by 2025. They add: “We expect to deliver this across a range of earnings streams, more than a third of which will come from the growth of our Retail and Biomass Supply businesses

By Stewart Dalby|2018-01-05T15:57:11+00:00January 5th, 2018|Drax Plc|Comments Off on Drax Group insists that operationally it is in good shape despite some slightly puzzling key financial performance indicators