Drax Group’s main claim to fame in recent years is that it has transformed itself from being an entirely coal-to-energy producer to a largely renewable power provider. Last month (August) the company announced that it had switched on its fourth biomass (wood pellets) generating unit at its power station in North Yorkshire.

The company said the total cost of the conversion from coal was put at £30million. This is considerably less than previous conversions. Nevertheless, Drax added that it has spent a total of £700m on the upgrades of the other three units and associated supply infrastructure.This leaves two units using coal and under a government regulation these must be phased out by 2025.

There has been some talk that these two remaining units could become gas-fired. In fact, the group already has two open-cycle gas turbines applying for government subsidy in an expected market auction some time later in 2018. Also, a gas-to coal scheme that has been on hold is also under review. The switch to renewables means 65 per cent of Drax’s 2017 output came from biogas. Drax now accounts for 6 per cent of the UK’s electricity and supplies 17 per cent of its renewable energy, enough to power four million homes

The company has also established an energy supply division, largely through takeovers of companies already in the field, like Opus energy. This serves business customers in the UK and generated £2billion of revenue last year, representing 10 per cent of the business-to-business market. Drax runs, as well, a pellet production business, again established in part by acquisition, that produces wood pellets for low carbon energy generation. 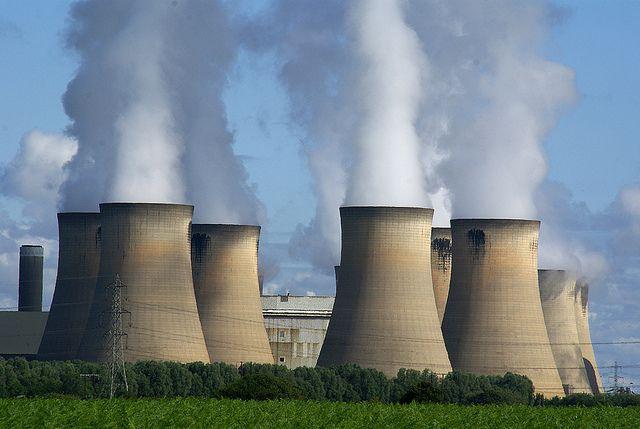 All this has made for really buoyant EBITDA (earnings before interest, taxation, depreciation and amortisation). These so-called cash profits — £229m in 2017 — have been considerably boosted by substantial subsidies from tax-payers and consumers that are channelled through government schemes. Two of Drax’s  units came under the renewable obligation certificates (ROCs) regime and the third from a contract for difference (CfD), the system which ostensibly is to be used to phase out ROCs.

Government organised support for these cash piles is important, not to say vital. Apart from anything else they enable companies like Drax to establish a sustainable, attractive dividend policy which has great appeal for investors.

But the government backing for cash balances means more than a happy dividend policy. As the figures in paragraph one of this article shows, switching to biomass from coal has meant massive investment or costs, if you like to call it that. These costs can, and in Drax’s case have led to a disconnection in the various financials which in turn has impacted negatively on the share price.

For example, when the final results for 2017 were released in February 2018, the company claimed they showed that operationally the company was in good shape in terms of EBITDA. What it didn’t say is that when it came to the bottom line of pre-tax profits the figures could be read in a different light.

The release said that EBITDA was up 64 per cent to £229m against £140m in 2016.  All areas of the business contributed to increased revenue and thus EBITDA for the first time. Pellet production was up £12m to £6m. In power generation there was a £64m rise to £238m and in B2B energy supply EBITDA was up 33per cent to £29m, largely due to the acquisition of Opus Energy for £367m.

Scroll down to the bottom line however and it says that under statutory accounting measures, the loss before tax was £183m against a £197m profit in 2016. The share price on the day of the release was 292p, some way off the 52-week low of 221p but substantially below the high of 364p.

The management seemed nonplussed by this. They said the losses were largely due to non-recurring exceptional items. In particular, there was accelerated depreciation of coal specific asset, amortisation of intangible assets associated with the acquisitions of Opus Energy and an increase in net finance charges. The company said it expected that revenues would grow and losses would fall. The share price started to creep up after the optimistic statement.

By Stewart Dalby|2018-09-13T19:36:49+00:00September 13th, 2018|Drax Plc|Comments Off on Drax Group’s half year 2018 results were negatively impacted by unplanned outages but expectations for the full year figures are positive