Pumped Storage is the method of storing electrical energy by using it to pump water from a low-level to a high-level reservoir. The energy is retrieved by reversing the process, in which the pumps become generators and the water is released back to the lower level.

In the UK the best-known example is Dinorwig in north Wales, which has a power capacity of 1.7GW and can store 9GWh of energy. The power is determined by the number and size of the generators, and the energy by the volume of water and the height difference between the reservoirs.

As a storage facility Dinorwig is attractive. It is relatively efficient, losing about 25 per cent of the energy put in, and can be put on line very quickly: a few minutes from complete standstill to full power, or 12 seconds if the generators are already spinning in air. It has therefore been used since the mid 1980’s to cope mainly with sudden peak loads, such as commercial breaks in popular TV programmes. 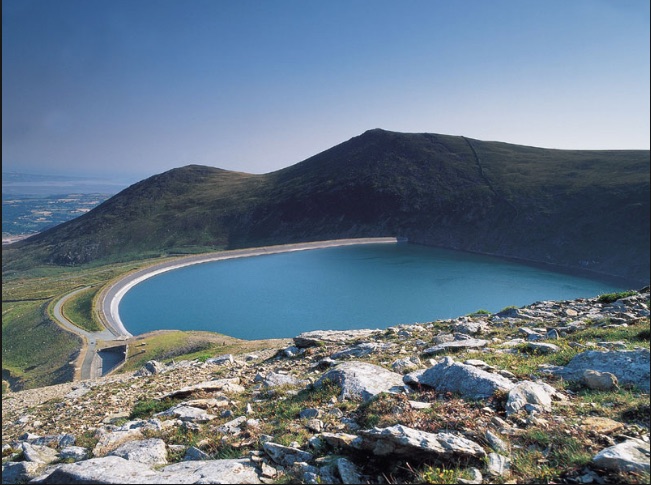 The International Renewable Energy Agency estimates that world-wide pumped storage capacity is currently 159GW, which is 2 per cent of total electrical capacity (and 97 per cent of the total storage according to other estimates). Investors Chronicle reports that 60 new plants with a total capacity of 27GW will be added by 2020. In Europe it is not surprising that the major facilities are in the Alps.

To put these numbers in perspective consider the Hornsdale battery bank that Tesla recently installed in South Australia, currently promoted as the largest in the world. It has a capacity of 100MW and can store 129MWh of energy – a minnow in comparison and, like all batteries, with a limited life span.

As more storage is needed to cope with the increased use of intermittent renewables, what prevents a large expansion of pumped storage facilities? The first limitation is the availability of sites. Normally one needs mountainous geography, but one also needs social acceptance – a new reservoir often means flooding someone’s field, if not village or national park.

It is generally considered that in Europe there are few major sites remaining for hydropower, but storage is different because it does not require the damming of a river and the reservoirs can be smaller. This avoids many of the environmental problems and opens up more possibilities.

There are also existing sites with large reservoirs from which much more power could be drawn. One example is the recently completed Veytaux II plant in Switzerland, which doubles the existing power capacity to 480MW. With Lake Geneva as the bottom reservoir and Lake Hongrin as the top, the project can store an impressive 100GWh of energy (that is nearly 800 of the Hornsdale battery banks).

The other solution is to go down rather than up. In Germany, the Prosper-Haniel project wants to turn a defunct coal mine into the lower reservoir of a storage system. A new reservoir will be needed at the surface but tunnels and shafts already exist. The power capacity would be 200MW and it could store about 800MWh (the volume available in the coal mine is relatively small, but the height difference, at up to 1km, is large). There are an increasing number of defunct coal mines in Germany and elsewhere.

Of course these numbers are only part of the story. Pumped storage projects are major engineering works that require finance and permits, and take a long time to build. But they last much longer than batteries. The true levelized costs will depend strongly on the cost of capital, but from the rough estimates above pumped storage should be competitive.