What is to be done about the dramatically raised energy costs which reflect the huge Oil and Gas Profits reported for Q2?

The world-wide price for Oil and Gas has gone up a lot in the last year. The almost inevitable effect on Shell, the largest European Oil and Gas producer, and BP, the other, slightly smaller, British major is huge, almost too huge, profits. For it is the world-wide price which has been driven up, largely by factors outside the oil companies’ control. But the fact remains that Shell have reported profits of £9.5 billion for Q2 and on 2 August BP reported profits of £ 6.9 billion for the same period.

The solution of a windfall tax was first advocated by Labour, and then eventually and visibly reluctantly adopted by Sunak, the then Chancellor of the Exchequer. But a windfall tax, while achieving the political goal of being seen to “punish” the oil companies and the economic objective of providing Government with some much-needed money, doesn’t do much to help those who will have to pay more for their energy in the autumn. And in the small print there is mitigation: investment in the UK will count against tax liability, enough so that Shell estimate that they will manage to avoid any tax payment, though BP expect to pay something. 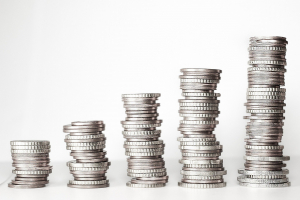 Image by Kevin Schneider from Pixabay

As the Government have repeatedly pointed out, a simple windfall tax risks choking off future investment in the North Sea, hence the mitigation, but mitigation means reduced cash for the Treasury to use to alleviate the problem, whose nub is those too poor to pay tax, their very poverty negating any tax-based solution. They are likely to be hardest hit by a substantial increase in energy costs and most likely to be forced to choose between heating and food.

Is there anything to be gained by looking at how the French major, Totalenergies, has got on, with a rather different political system.  Not a lot of difference. The elevated world price still applied and as a result the company still reported adjusted net income for Q2 of $9.8 billion. This was coupled with a major share buy-back programme, once again unlikely to be of help to the poorest.

As fate, or ill luck, would have it, this issue, which needs to be grasped immediately, is caught up in the long-winded contest between two Conservative politicians for the Premiership. That contest will not finish until the beginning of next month when a solution will be addressed. In the interim, not a lot can be done. The outgoing Prime Minister, Boris Johnson, is abroad on holiday, however odd that may seem. He repeats the fashionable mantra “We cannot tie the hands of a future Prime Minister”

Into this gap strides the Leader of the Opposition with a proposal for immediate action this winter costing £29 billion, including a further windfall tax for £8 billion. But his proposal is just that. He cannot offer action, though he will embarrass the Conservatives, which is doubtless among his motives.