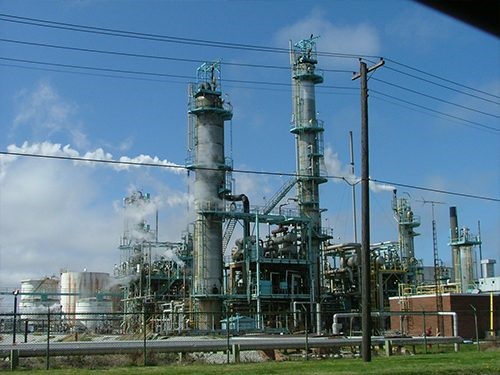 Skyrocketing fuel costs and high margins on oil refining are driving the world’s biggest fossil companies to their biggest profits since at least 2008, according to analysis released just days after a blockbuster report that showed the oil and gas industry taking home $2.8 billion per day in revenue over the last 50 years.

The five biggest publicly-trade fossils—ExxonMobil, Chevron, Shell, TotalÉnergies, and BP—“are set to make even more money than they did in 2008, when international oil prices jumped as high as US$147 a barrel,” Bloomberg Markets reports. “That’s because it’s not just crude that has soared during the crisis created by Russia’s invasion of Ukraine, natural gas prices and refining margins have also broken records.”

The news report cites Exxon profits rising 46% this year. Total has gone up a relatively modest 11%, but that’s still at a time when the wider Standard & Poor’s stock index is down 17%. The general trend recently had U.S. President Joe Biden complaining that Exxon makes “more money than god” and accusing fossil companies of exploiting high gas prices, Bloomberg recalls. The UK recently imposed a 25% levy on oil and gas profits, albeit with a side deal that offered tax incentives for new oil extraction.

Just a week ago, citing research by University of Antwerp energy economist Aviel Verbruggen based on World Bank data, the Guardian said Big Oil has pocketed a mind-bending $52 trillion in profits since 1970. “You can buy every politician, every system with all this money, and I think this happened,” Verbruggen said, contending that the trillions in profits pocketed by Big Oil since the 1970s have been weaponized to maintain the fossil status quo.

But even if this year’s results are reinforcing the trend, fossil CEOs are talking down investors’ hopes for the high returns they’ve typically expected on their oil and gas investments, Bloomberg says. “The soaring earnings are a direct result of the high energy prices that have stoked inflation, piled pressure on consumers, raised the risk of recession, and prompted calls for windfall taxes,” the more recent news story states. “Amid this political and economic turbulence, shareholders may have to temper their expectations for rising returns.”

Part of that caution is a sense that today’s industry profit margins can’t last. Refining now makes up 26% of the sky-high cost of gasoline in the United States, compared to an average of 14% over the last decade, and Bloomberg says Shell is expecting $1 billion in profit from its global refining operations alone. But with consumers hurting, analysts are watching for gasoline demand to dampen and drive down prices.

As a result, at least some of the top five fossils look unlikely to hand investors the higher returns they crave. The news agency says Exxon will use its winnings to pay off some of its debts, while Chevron may speed up a program to buy back shares from shareholders.

The numbers also indicate that fossil companies won’t be directing their profits to new exploration or extraction projects. Although capital expenditures may soon be driven up by inflation, colossal fossils are generally “spending much less than they did the last time oil was above $100 a barrel,” Bloomberg says. “Capital expenditures is creeping to a forecast of $80 billion this year, but that’s half the level of 2013.”