There’s been a lot of good sentiment towards Ceres Power in recent years, which is looking to play a part in the nascent hydrogen industry, despite any ups and downs in share prices.The London AIM-listed company is a world-leading developer of electrochemical technologies: fuel cells for power generation, electrolysis for the creation of green hydrogen and energy storage.

Indeed, this early-stage hydrogen business has actually been in this high-potential niche market for quite some time, a true pioneer if you like, though getting the sector off the ground is, for sure, a long-term game; and yet, it is active in a place where demonstrable progress is being made.Ceres is keeping some very impressive company, most recently forging an alliance with Shell to deliver a megawatt scale solid oxide electrolyser (SOEC) demonstrator in 2023, to be located in Bangalore, India.The end goal is to help deliver low-cost green hydrogen for industrial decarbonisation.

Ceres aims to produce hydrogen at efficiencies around 20 per cent greater than other technologies — in the range of mid-80s to 90 per cent efficiency where it is possible to make use of waste heat in industrial processes to drive higher efficiency.For Shell, the tie up forms part of its goal of becoming a net-zero energy business by 2050, by reducing emissions from its operations and from the fuels and other energy products it sells to its customers. Ceres has committed £100 million for the development of its SOEC technology – with the aim of achieving a market-leading levelised cost of hydrogen of US$1.5/kg by 2025. 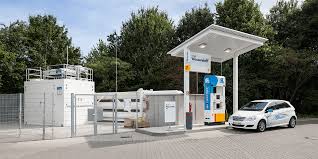 It sees the agreement with Shell as a pathway to the commercialisation and development of new markets, with Ceres’ CEO Phil Caldwell calling it a “hugely important” next step.The system will be installed at Shell’s research and development technology centre in Bangalore — a key site in Shell’s focus on cleaner energy solutions — where the hydrogen will be used in industrial processes.Hydrogen itself features heavily in Shell’s own Powering Progress clean energy and net zero strategy. Testing work in India will run for at least three years, forming the first stage of a collaborative relationship between the two sides.

“The partnership endorses our business strategy and signals the potential of our SOEC technology to deliver low-cost green hydrogen for industrial decarbonisation at the scale and pace needed to reach net zero,” said Caldwell. Its technology also appeals to a myriad of different markets, including the maritime sector where it can help to reduce carbon emissions significantly on conventional fuels.A separate trial project — the UK’s Clean Maritime Demonstration Competition (CMDC), to advance zero-emission vessels in British shipyards — reached the end of its first phase only recently.

The projects in which Ceres was involved evaluated the most effective means to integrate its solid oxide fuel cell (SOFC) technology in megawatt class cruise ship applications, in order to reduce carbon emissions.Across the board, the company finds itself working alongside top tier partners, reflecting the high level of interest in hydrogen generally and its potential significance in future decarbonisation.

The last time we covered Ceres, for example, it had signed up for a three-way collaboration in China, with Weichai Power and Bosch, to access the country’s vast potential fuel cell opportunities. Strong progress then and encouraging signs all around but, at the same time, these remain early days as Ceres expands its network and puts its ideas to the test.

This community of partners and friends is especially important though, not only in proving up the technology, but since the company licences its products to individual manufacturers. Its asset-light, licensing model has seen it establish partnerships with other world-leading engineering and technology enterprises, including the likes of Miura in Japan and Doosan in Korea.

That’s especially significant for a small, growing company managing its books, in that it reduces a large share of the cost burden and associated risks when rolling out new manufacturing facilities.Early days, perhaps, but exciting times no less for all those who have watched Ceres Power team up with some of the biggest and most famous partner companies on the planet. On Thursday evening 21-07-2022 the Ceres share price stood at 597.20 pence against a 52 week high of 1264p.