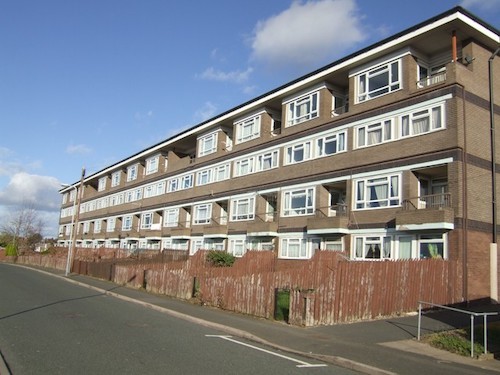 In 37 of the 40 UK’s “marginal constituencies”, each of them decided by only 105 to 1,965 votes in the 2019 general election, the local housing stock falls below the average energy efficiency considered adequate under the country’s Energy Performance Certificate rating program, the ECIU reports [pdf]. “In addition, 27 of these constituencies have higher than average incidences of fuel poverty, totalling around 265,000 households,” the organization adds.

The burden falls disproportionately on people in privately rented homes or living with disabilities. The impacts include respiratory, cardiovascular, and mental health and well-being issues for millions of Britons in cold, damp, unhealthy lodging.

The constituencies are concentrated mainly in the North and Midlands of England. Among the 40, 17 were seats that Boris Johnson’s Conservatives narrowly won from other parties in December 2019, during a campaign that saw a collapse in Labour support in the northern part of the country. Another 17 were tight wins for Labour incumbents, while the Conservatives held onto five and the Liberal Democrats one.

In that campaign, the ECIU says, 33% of voters chose energy efficiency as their top priority for local infrastructure improvements, ahead of improving bus service or building new roads.

A little more than two years later, the ECIU attributes the country’s struggles with high gas prices to restricted supplies from Russian state fossil Gazprom, landing on top of global demand surges following the COVID-19 pandemic and the poor state of many homes.

“Worsening the impacts of gas price volatility, the UK is well known to have poor quality housing, especially in terms of energy performance,” the ECIU writes. “Energy efficiency, through measures such as insulation, limits gas demand by reducing the amount of heat wasted, which in turn cuts bills.”

But so far, the gas crisis will likely “push millions more to the brink of fuel poverty, particularly those with a low income who pay three times more proportionally on bills than those on a high income.”

That makes credible, coherent efforts to reduce fuel consumption and costs an opportunity for any party that wants to hold power after the next general election.

The report “reveals clear disparities in housing quality between richer and poorer parts of the country and that the elderly, the young, and people with existing illnesses or disabilities are being hit the hardest,” the ECIU says. “It also shows how the most electorally marginal constituencies would benefit greatly from a housing retrofit program that reduces bills.”

The release cites steps the government is taking to boost energy efficiency, including an Energy Company Obligation program that should reach more than 300,000 homes and a new Levelling Up initiative led by veteran cabinet minister Michael Gove.

“Jobs and local economic prosperity are thought to be an essential part of levelling up, and analysis has shown the energy efficiency industry is expected to support over 140,000 jobs across England by 2030 to meet existing efficiency targets,” the ECIU says. “These jobs are most likely to be found in areas where there is more inefficient housing to be upgraded.”