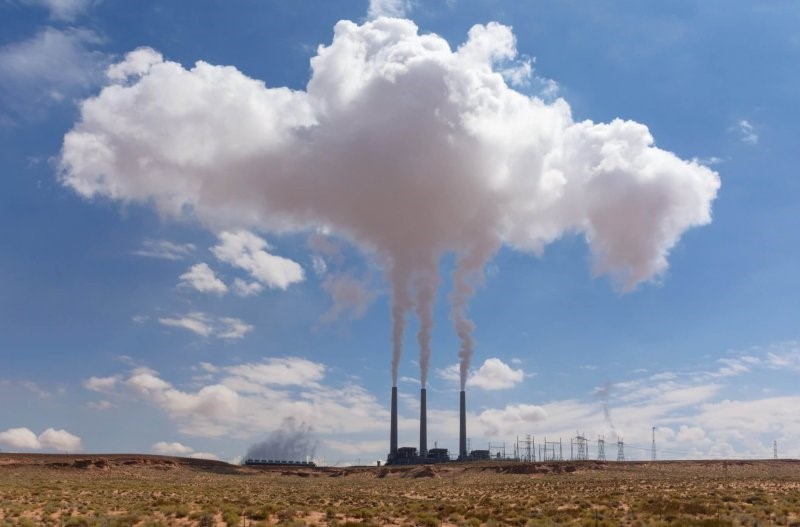 This article first appeared on the https://climate news net@theenergymix.com website

Nearly half of the world’s fossil fuel reserves are vulnerable to extreme weather brought on by climate change, according to an assessment published last month by risk consultancy Verisk Maplecroft.The threat to 40% of global oil and gas supply makes the cost of climate inaction “genuinely existential”, the report stated.

The analysis “says flooding, high temperatures, and rising sea levels are putting more than 600 billion barrels equivalent of recoverable oil and gas at risk, with reserves from the Middle East and North Africa—in particular Nigeria, Saudi Arabia, and Iraq—at the greatest risk,” Offshore Technology reports. “The reliance of these nations on oil for economic development coupled with their exposure to heat stress and water shortages puts them in a precarious position, with Maplecroft labelling the vulnerability to extreme weather as the ‘Achilles’ heel’ in their energy strategies.”

The research note shows 10.5% of the world’s commercially recoverable reserves at extreme risk based on the company’s Climate Change Exposure Indices, while another 29.5% show up in high-risk regions, industry newsletter Rigzone writes.

Offshore Technology cites a record 55 Gulf of Mexico oil spills triggered by Hurricane Ida last summer as an example of the risk. Rigzone says Ida shut down nearly all the oil production in the Gulf, while listing the deadly deep freeze in Texas last February and melting permafrost in Russia as additional examples of the climate impacts confronting the industry.

“These types of events are going to become more frequent and more extreme, creating even greater shocks within the industry,” said Verisk Maplecroft environmental analyst Rory Clisby. “Identifying and disclosing these risks in line with the Task Force on Climate-Related Financial Disclosures (TCFD) recommendations is now a strategic necessity for [fossil] energy companies if they are to mitigate these threats and offset investor concerns over their transition to a low-carbon future