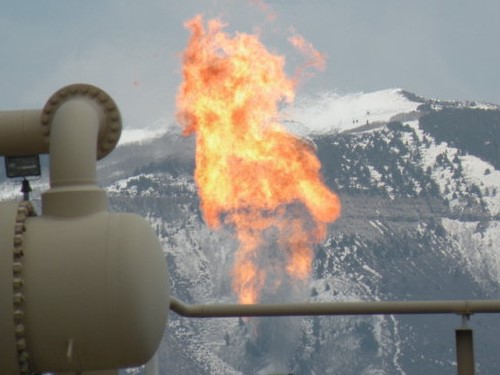 This article first appeared on the htpps://climatenewsnet@theeenergymix.com com Website

A new study quantifies for the first time some of the key implications of trying to use natural gas while pursuing the Paris 1.5°C target, arguing that it should not be a “bridging fuel” but should instead be quickly phased out.

“While further scientific analysis of the length of a ‘bridging’ role for natural gas in specific sectors, including the power sector, is required, existing data is sufficient to disqualify natural gas as a viable bridge,” writes Climate Analytics, on the landing page for a report that brands gas as the “new coal”.

Political leaders and climate advocates now widely acknowledge that the world must quickly move away from coal if there is to be any chance of reaching global emissions targets. But natural gas proponents still maintain that gas-fired power generation can be an effective “bridge” while working towards a longer-term, lower-carbon energy system.

Global demand for gas continues to grow rapidly while policy-makers grapple with this claim. In fact, natural gas accounted for the largest recent growth of global CO2 emissions in the last decade and was the source of 60% of global methane emissions linked to fossil fuels in 2020. The assessment from Climate Analytics stresses that natural gas is a fossil fuel, and its phaseout is just as important for reducing emissions as coal’s.

The analysis systematically walks through several of the key talking points in favour of natural gas and “critically reviews and unpacks” each argument. For instance, regarding the common claim that gas can replace coal plants while phasing out that fuel, it points out that renewable energy alternatives are now a cheaper and more effective option.

“Particularly in Asia, where coal-fired power stations are relatively young, the opportunity for gas switching is limited and the IEA acknowledges the importance of renewable energy and efficiency measures as ‘the most important drivers of the energy sector transition,’” Climate Analytics says, citing the International Energy Agency.

Regarding another claim that liquefied natural gas (LNG) is a cleaner alternative to coal, Climate Analytics clarifies that LNG is a very carbon-intensive fuel source, “and taking into account emissions in production, manufacture, distribution, and gasification, including methane leakages, may have a greater GHG footprint than coal-fired generation when used for power production.”

The central point of the study, however, is to show that there is no special role for natural gas in any pathway that keeps the global temperature rise below 1.5°C. On the contrary, natural gas should already have peaked under a Paris agreement-compatible transition, the report says. And since success in meeting climate targets becomes harder as time goes by without action, it’s critical that the role of natural gas is clearly understood.

“It is important for the world to recognize that gas