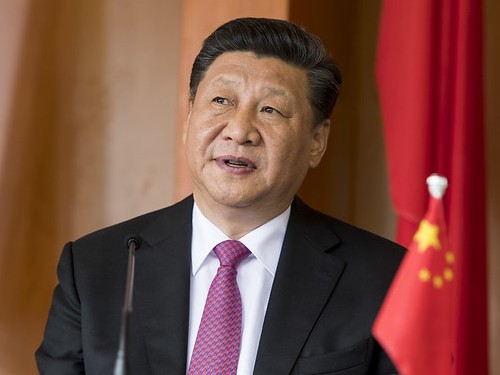 A single phrase in a recorded address to the United Nations General Assembly sent waves through the international climate policy community this week as President Xi Jinping pledged China will stop building and funding coal-fired power plants in other countries.

Xi’s statement that “China will step up support for other developing countries in developing green and low-carbon energy, and will not build new coal-fired power projects abroad” had some analysts expressing suspicions or anxious for details. But the announcement was still “profoundly important,” coming from the country that is the world’s largest exporter of liquefied natural gas and coal, accounting for more than half of global coal and steel production, said Tim Buckley, Director of Energy Finance Studies, Australia/South Asia at the Institute for Energy Economics and Financial Analysis.

“When China moves, the world changes, dramatically,” he added. “And when the Chinese President speaks, China acts.”

Moreover, “it was government capital subsidies from China, along with Japan and South Korea, that underwrote almost every new coal power plant built globally in the last five years,” Buckley wrote. After Japan stepped away in 2020 and South Korea in 2021, “China’s pledge to stop building coal-fired power plants overseas could cull US$50 billion of investment as it slashes future carbon emissions,” Reuters added.

In the period leading up to this week’s UN session, China “has been under international pressure to announce an end to overseas coal financing as part of its updated package of national climate pledges to be submitted to the United Nations,” the news agency noted. Citing U.S. think tank Global Energy Monitor, The Guardian said the decision could affect 44 new coal plants that were in line for Chinese state funding. Statista had Global Energy Monitor data listing Indonesia, Bangladesh, Pakistan, Vietnam, South Africa, Turkey, the United Arab Emirates, and Zimbabwe as the top eight recipients of China’s coal project financing.

But the specifics behind the pledge were still nebulous. “Will China’s semi-public institutions continue financing projects? What about projects that have been pre-approved?” Politico Morning Energy asked.

“Many questions can be asked about the announcement, including whether it will be implemented immediately, does it include only financing or also construction, does it apply to state actors only, will it lead to a similar moratorium on fossil fuels?” tweeted Greenpeace East Asia Senior Advisor Li Shuo. “The answer to them is simply, ‘we don’t know’. Seeking clarification should be a priority for the next few weeks.”

While the announcement was “hugely important,” agreed Scott Moore, director of China programs and strategic initiatives at the University of Pennsylvania, “we need more clarity as to how this applies to all forms of financing as well as construction; and certainly one hopes this is a first step toward phasing out financing for all fossil fuel infrastructure abroad.”

The announcement was greeted as a rare bright spot in the deeply troubled run-up to this year’s United Nations climate conference, COP 26, in Glasgow, Scotland. The Guardian says UN Secretary General António Guterres welcomed the announcement. But he said the world still had “a long way to go” for a successful outcome at the COP and urged countries to “go the extra mile” by bringing their “highest level of ambition” to the conference.

Former Australian climate diplomat Thom Woodroofe, now a fellow at the Asia Society Policy Institute, called Xi’s pledge a “big line in the sand”, citing it as “further evidence China knows the future is paved by renewables. The key question now is when they will draw a similar line in the sand at home.”

Woodroofe was one of several analysts who pointed to the need for China to draw down its domestic coal emissions, telling The Guardian that a ban on coal financing abroad was “in many ways an easy decision for China to take ahead of COP 26—far easier than peaking emissions by 2025, which many had hoped” to see Xi announce earlier this year.