Last year was a tough year for all oil companies as is testified by the rash of results just issued. Shell, BP (and Exxon Mobil) have each admitted losses of around US$20 billion, caused directly, or indirectly, by Covid and the collapse of the oil price. They all know that the good old times have ended and that they must turn themselves into energy companies that are climate change-aware if they are to survive. But while they may see the same big-picture challenges in the years to come , this does not mean an identity in their public presentations of the way ahead. The companies have not chosen the same path to salvation. As a result, when Shell unveiled its’ strategy on 11 Febuary, there was a somewhat mixed media reaction, including  some rather unflattering comparisons with BP.

Shell’s website tells us that, like many other companies, the aim is to become “a net-zero emissions energy business by 2050 or sooner. This supports the most ambitious goal to tackle climate change laid out in the Paris Agreement: to limit the rise in average global warming to 1.5°Celsius. This is going to take a lot of work. And, today, Shell’s business plans will not get us to where we want to be. We are on a journey and recognise the need to change. We must also work with our customers as they make changes too.” For what is distinctive about the Shell approach is a focus on energy “intensity” and it’s reduction by 3 per cent annually. There is also a clear preference for supplying electricity, rather than gas or another “cleaner” fuel. 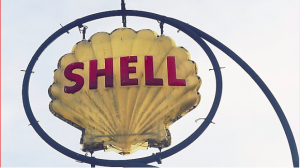 Clearly, Shell is keen to increase its non-fossil fuel earnings to make up for the inevitable future reduction in earnings from oil and gas and the increasing concerns of investors about the future of the planet. Van Beurden, the CEO of Shell, noted that oil production and total carbon emissions had already peaked and that “intensity” also means a concern for helping customers reduce their emissions from the burning of Shell products.

Shell seems to be keen on the internet and its potential for customer increase (doubtless in terms of electricity). Last week it announced that it plans to acquire the broadband activities of the Post Office for £80 million. This adds some 500,000 customers to the retail base of Shell Energy, which already had about 130,000 customers and 870,000 residential energy users. This followed Shell’s initial purchase in 2018 of First Utility, a household energy supplier.

Like BP, Shell has also been active in recharging, announcing recently that the company will buy Ubitricity, the UK’s largest public electric vehicle charging network, which has more than 2,700 charge points in the UK  (a market share of around 13 per cent). Shell already had more than 1,000 fast and ultra-fast charge points available on forecourts and elsewhere.

This was perhaps one of the reasons why the media reaction to the announcement was a bit muted. Some saw the Shell strategy as rather hesitant by comparison with rival BP, which started later on the road to adjustment but has more recently shown more decisiveness. Others took a more purist attitude to the idea that the problem of unavoidable  carbon emissions could satisfactorily be resolved by offset, by planting trees.