On 15 September this year (2020) the shareholders in the green energy supplier Good Energy Group PLC received something of a shock. The AIM-listed, high-profile company had been comfortably profitable for years. On this September day, however, the company’s report for the half year that ended on 30 June 2020 told shareholders that the company had turned in a £0.5 million pre-tax loss for the period.

Some rather cross investors, it was said, demanded to know whether the losses were because the management had started to change the company from being a predominantly retail green energy supplier into one based on providing energy services. They also asked why the process of changing to a new business model has apparently not been working too well.

This was not the first time that shareholders had asked why the company had arrived at a corporate crossroads after a set poor results and did not know which way to turn. On 21 March 2018 the final results for 2017 were released and related that profits before tax had bombed by 63.7 per cent to just £0.7m.

Investors did not like what they had learned about the situation and reacted negatively. The share price, which was already trading at a 52-week low, fell a little further to 208.50p on the day the results were released.

Shortly after this news Juliet Davenport announced that Good Energy would start altering its business model. In a nutshell, it said it would reduce its heavy reliance on some areas of supply and get away from traditional generation models. It would look at smart meters in homes and growth potential in electric cars as the first steps in changing the company.

Juliet has always personified The Good Energy Group. As the company archives have it, there was a great storm one day in 1987. A student called one Juliet Davenport was sitting inside a library in Oxford University at the time, reading about climate physics. It was there in the library that her passion for climate change, the environment and, ultimately, energy began.

The Good Energy company was founded by Juliet in 1999. In 2002 it became the Good Energy Group PLC and she was appointed its Chief Executive Officer (CEO). Some 18 years on, Juliet remains the CEO, having picked up an OBE and a clutch of other awards and prizes along the way for her work on climate change. From the start she wanted the company to be predominantly a power supply company using 100 per cent renewable and green energy.4 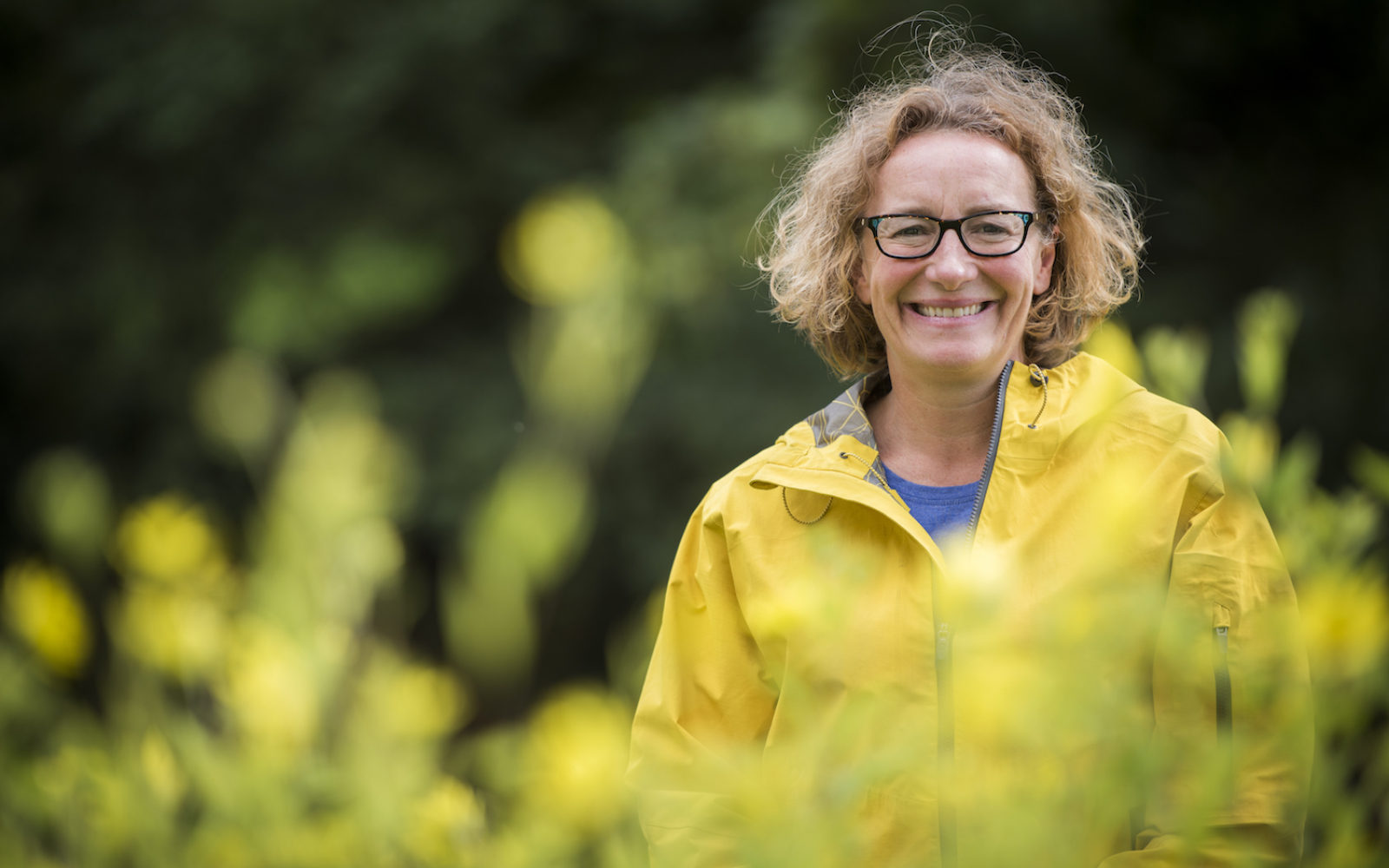 Juliet Davenport OBE founded  The Good Energy Company in 1999, became  CEO  of  the lGood Energy Group PLC when it was liisted on AIM and remains CEO to this day

She also wanted renewable energy to be powered by independent producers and Good Energy’s own generating assets. Good Energy was also to pioneer a more localized approach to energy by supporting  home energy , which means those benefitting from the Feed-in Tariff subsidy to produce their own energy and sell some of it to the National Grid.

It seemed that the problem that had developed by 2017 and caused its poor performance was that Good Energy’s core business of retailing green energy to households had become mature.

A fierce competition in the retail market had arisen because of the government of the day’s policy of “switching” energy consumers away from the ‘Big Six’ cartel of energy companies that included British Gas, E.ON, EDF, SSE, RWE nPower and Scottish Power, to smaller, cheaper groups. This policy seriously dented companies like Good Energy’s market share.

Fortunately, Good Energy was able to do some switching of its own. The company was able to concentrate less on the domestic buyers (B2C) and make a major shift to business consumers (B2B). In the six months of 2019, total custom increased by 1.4 per cent to 261,800 dwellings. Within this total, business customers rose by 4.1 per cent to 124,300, whilst domestic customers fell by 0.9 per cent to 137,500.

The company confirmed the supply business was still the largest contributor to group revenue and overall the company seemed pleased with the interims, with pre-tax profits being 8 per cent to the good at £2.5m. These first six months of 2019, however, saw a stepping up into energy services by rolling out new propositions. There were smart meters that would enable consumers to take control of their energy use. There were electric vehicle charging points, and new technologies to take advantage of the need for energy storage.

Good Energy also began evolving key partnerships. The Haven project was researching vehicle-to-home energy sharing. The company became involved with Honda, Upside Energy and Salford University in this scheme. Good Energy, as well, took a 12.1 per cent stake in Zap-Map (to be significantly increased later) an app with an option that identities the location and availability of charging points.

Moving into energy services did not totally dominate Good Energy’s activities. There was also the question of its own power generation. After divestments including the sale of the wind farm Brynwhilach Good Energy’s generation portfolio consisted of six solar and two wind farms. The company said it would be taking a prudent approach to the generation business because the market had moved in favour of large developers.

Everything that was achieved in the second six months of 2019, however, in supply, generation and embryonic energy services, was overshadowed by the deal struck by Good Energy with Octopus Energy to buy its subsidiary, Kraken Technologies.

To read the hype and promotion surrounding Kraken Technologies would have you believe Kraken was the mother of all energy services companies. That it was in a league of its own. And that it would totally transform Good Energy’s fortunes.

Kraken Technologies says about itself: “Unlike our competitors, we’re a tech-led company. We aim to use first-class software engineering and creative technology to innovate and provide industry-beating customer service”.

Juliet Davenport happily bought into the deal saying that: “Kraken had developed “a proven best in the class” platform”.  The agreement says: “Kraken will provide its customer services platform to Good Energy for an initial term of three years with Good Energy expected to invest some £4 m – split between cash and non-cash elements—throughout the implementation”.The agreement also said: “A write down of Good Energy’s existing systems and its cash investment in the new platform are to be taken across its 2019 and H1 results.”

As it happened the 2019 full year results released on 17 March 2020 said: “Underlying profits before tax of £2.1m decreased 7.9 per cent. After the £865m non-underlying costs associated with the Kraken investment, profit before tax from continuing operations was £1.3m (2018: £2.3m).A shareholder might well be annoyed by the fact that Good Energy was £1m short in pre-tax profit because it had to pay off the investment in Kraken from the P&L rather than from debt or from reserves. Lower pre-tax profits could lead to a cut in dividends.

But there were more annoyance-making developments to come that were associated with Covid19. According to the interim results report for the first six months of 2020, released on 15 September 2020, the pandemic impacted quite heavily in many ways. In particular a smart meter roll-out was heavily disrupted. This disruption added to the restructuring and investment costs involved in the Kraken project resulted in the losses of £0.5m for the six- month period.

So, what do we feel about the Good Energy situation? Operationally, not a lot seems to have been achieved. Perhaps,though the management should be given the benefit of the doubt since engaging with complex new technologies doesn’t provide results over night.

Financially, however the investment in Kraken seems a bit unusual. But the financial figures are encouraging. The company clearly seems to be having had a good second half year in  . Turnover is forecast to be £129m for 2020 against £124m in 2019. Pre-tax profits are put at £1.80m compared to £1.26m in 2019. Earnings per share are predicted to be 9 pence compared to 7.5p in 2019.

Stewart  Dalby is a shareholder in The Good Energy Group