Global heating may go on for five more centuries 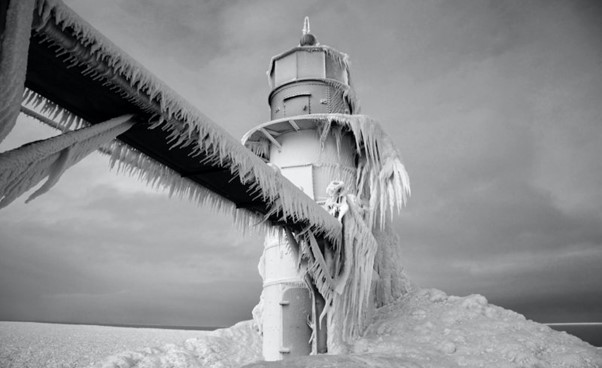 “Ice loss due to warming leads to … warming due to ice loss.” Image: By NOAA on Unsplash

Global heating now means more warming for 500 years ahead, even if all greenhouse emissions stop. Or is that too simple?

Norwegian scientists have mapped the future of the Earth in a regime of climate change and have come to an uncomfortable conclusion: it’s likely that global heating will persist until around the year 2500.

Even if human beings immediately ceased all use of fossil fuels that spill greenhouse gases into the planetary atmosphere, the world would be committed to warming for the next five centuries, they suggest.

By then global temperatures would be at least 3°C higher, and sea levels three metres higher, than they would have been in 1850. Even with a dramatic halt to the emissions that fuel global heating, they warn in the journal Scientific Reports, the Arctic ice would go on melting, water vapour would continue to build up in the atmosphere, the permafrost would continue to thaw and vast reservoirs of ancient carbon that had been trapped in the once-frozen ground would escape into the atmosphere.

The message − one that comes hedged with caution − is that to keep continental temperatures and sea levels as they were for most of human history, nations should have started to reduce greenhouse gas emissions six decades ago.

And to slow the warming that might now be inexorable, nations must unite to somehow remove 33 billion tonnes of carbon dioxide (CO2) − an almost unimaginable volume − from the atmosphere every year from now on.

Caution is necessary because, as the researchers themselves point out, the finding presents an extremely simple model of cause and effect on a simulated planet not unlike Earth, but without the untidy mosaic of natural and human processes that directly influence the rate at which CO2 builds up in the atmosphere.

And the two scientists who wrote the study directly urge other climate researchers to check their findings with more sophisticated simulations. They have made a stab at predicting the future, and they know it could be wrong.

But if it isn’t wrong, then the message is that profligate human use of fossil fuels, combined with heedless destruction of many of the planet’s natural ecosystems, and then topped with the massive construction of human cities, industries and travel networks, may have already pushed the planet past a tipping point, beyond which the slide into potentially catastrophic climate change has become inexorable.

And they are not the first to make such a suggestion. Nor are they the first to warn that what had once been trailed as a notional “worst case” scenario has of late increasingly begun to look like modern reality.

The finding has been comprehensively challenged by British scientists, not because it could be wrong, but because the simulation is too simple, and doesn’t incorporate many of the processes that happen in the real world. One distinguished researcher called it “a toy model”.

“To keep global warming to just 1.5°C this century we already know we will have to have negative carbon emissions from 2050 to 2100”

But almost all who commented also conceded that to steer the planet away from permanent and devastating climate change, nations may have left concerted and sustained action a bit late.

Reduction of carbon emissions to zero in the next three decades would be just a start. And the world would go on warming for some time, just as a reaction to the extra carbon dioxide already spilled into the atmosphere in the last three decades.

“To keep global warming to just 1.5°C this century we already know we will have to have negative carbon emissions from 2050 to 2100,” said Mark Maslin, a climatologist at University College, London.

“If this study is confirmed, then we may have to continue drawing down carbon dioxide from the atmosphere way beyond the end of this century. And I would suggest that if we have been able to successfully deal with climate change in this century, we really will not have to worry about dealing with a much smaller warming over the next 400 years.”

But even as both the authors and their critics warn that the outcome should be treated with caution, other research has almost coincidentally begun to suggest that the world may be nearing a tipping point.

Last month German scientists contemplated the increasing loss of ice in the Arctic − all the sea ice could have vanished in summer before mid-century − and in the mountain regions worldwide, and reasoned that, instead of reflecting radiation back into space, the darker ocean or rock revealed beneath the ice would absorb it, to increase rates of warming.

They warn in Nature Communications that this process alone could increase long-term global warming by 0.43°C, to accelerate yet more thawing of the permafrost: an example of the vicious circle that could go on delivering climate change by exactly the kind of positive feedback the Norwegian scientists fear.

And in one respect, their fellow scientists agree with them: further warming is already “baked in” to the future climate. Even if the world turns off greenhouse gas emissions right now, global heating will continue for decades. For how long, and how swiftly, is difficult to calculate.

“Even if the paper is right in every respect and we are already committed to at least 3°C warming if we stop emissions tomorrow, this warming will take 500 years,” said Andrew Watson, of the University of Exeter.

“This is preferable to 3°C warming over 100 years, which would be far more disruptive and might happen if we don’t cut emissions.” − Climate News Network