Aim-listed, The Renewables Infrastructure Group (TRIG), is an investment trust similar to Greencoat UK Wind, another AIM quoted fund that we wrote

about recently. Both companies operate in the renewable energy space with the aim of generating annual dividend increases for shareholders while preserving the capital value of their investment portfolios in the long term.

Both companies joined the London Stock exchange (LSE) in 2013 and since then appeared to have succeeded annually with their goals. We at Greenbarrel have often thought that we have been crying in the wilderness in trying to point out the attractions of renewable energy companies. Simply, there does not seem to be much investor interest in the sector.

It is encouraging, therefore, that these funds have prospered and not only delivered on increasing shareholder value, but also brought greater attention from investors to renewables; and thus augmented the fight against climate change. That said, there may be risk factors that lie ahead that could affect profitability. 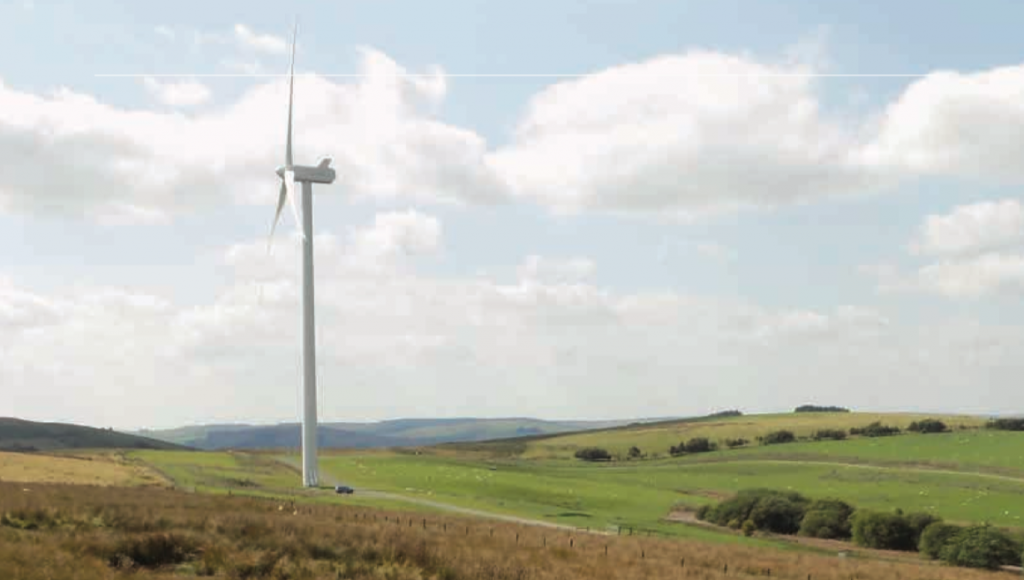 TRIG concentrates on just wind power, mostly onshore and only in the UK

During 2019 the company had two oversubscribed fund raisers amounting to more than £500m. TRIG made £630m investment commitments in 2019.  The company increased its portfolio of projects to 74, a rise of seven over 2018. These included wind and solar farms in the UK, Ireland, France, Sweden and, for the first time, in Germany with the acquisition of interests in Gode Wind 1 and Merkur offshore wind farms.

This mixture of wind and solar (mostly wind) generated 3,036 gigawatt hours (GWh) of electricity in 2019 (2018:  2011GWh). Some 70 per cent of this was subsidised by Renewable Obligation Certificates (ROCs), Contracts for Different (CfD), Feed-in Tariffs or fixed power purchase agreements in the UK and to a lesser or greater extent to the equivalent subsidies in Ireland and mainland Europe.

In the Chairman’s report, possible risk factors were itemised.

Helen Mahy, CEO of TRIG elaborated in the report on these risk problems and what may be done about them. Talking about 2019 she said: Overall generation was down 4 per cent driven by lower than expected wind speeds in Britain and, to a lesser extent in Sweden along with grid curtailments in Ireland.  Cash receipts were impacted by the lower power prices in Britain and Ireland, partly caused by low gas prices due to strong supply and benign winter temperatures.

She said that going forward the company was happy to take on both subsidised and unsubsidised projects; although she didn’t expand on why TRIG would do this. It is small wonder that having aired the difficulties in 2019, she said: “Cash receipts were supported by a strong Renewable Obligation Certificate (ROC) recycle price.” That is putting it mildly. The UK government of the day started to phase out ROCs in 2015 in favour of Contracts for Difference (CfD). For many working in energy industries the ROC was considered the most generous subsidy around and ideal for supporting infant industry projects.

Theoretically speaking, this is how a ROC project would work. At some point ten to 20 years ago the government of the day declared that a utility had to buy a certain amount of the energy it would sell on from a ‘Green’ or non-carbon emitting supplier.

For example, a utility would buy energy at the going market rate of, say, £52 per MWh. The supplier might be a start-up company. The government would help the supplier to get on its feet. If it were an offshore wind farm it would get two ROCS each at the same price each as that which the supplier received from the utility. This would mean the wind farm would receive £156 per MWh for its energy. This is some subsidy you might think. But it was considered necessary so that the wind farm’s owner could stay in business and pay off the huge capital costs of building the wind farm, probably over a period of 20 years. Without the ROC support the wind farm most likely would not have been built.

The point about ROCs is that once the deal is done the price would remain at what had originally been agreed. The prices cannot be amended retroactively, period. Thus, if TRIG, for example, decided to buy this offshore wind farm it would receive £156 MWh for its energy and this would provide a solid income stream for many years to come.

Of course, if TRIG had not resolved its power price volatility problem, it could at least have mitigated it by more vigorously pursuing its battery storage programme. TRIG once waxed lyrical about battery storage being a panacea to resolve intermittency problems. In 2017, TRIG bought a 20 MW battery for grid balancing. But disappointingly nothing was added in 2018 or in 2019. The share price of the £2.2bn market cap company was 122p last evening.