Europe fails to keep up on solar power 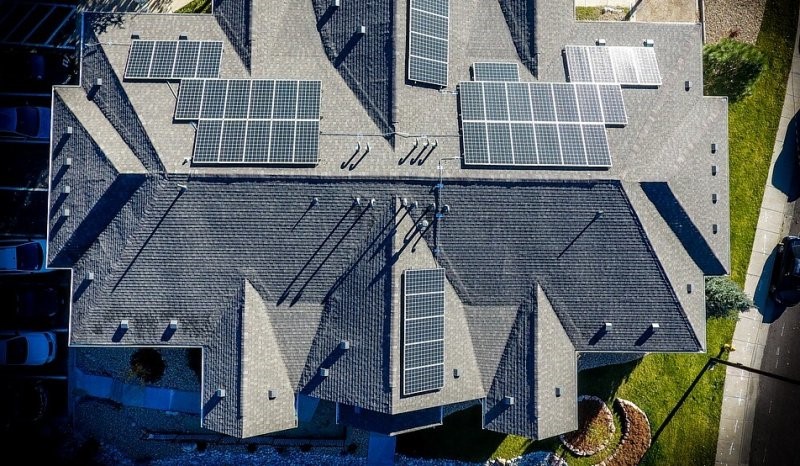 Europe needs new factories to harness solar power, with a huge effort to install the panels they’ll make, for the world to avoid catastrophic warming.

Europe is falling well behind in the race to install enough solar power to keep the rise in global temperatures below dangerous levels, and to reach its own renewable energy targets. But it’s  not impossible.

Once a world leader in the technology and manufacture of solar panels, Europe now lags far behind China and other Asian countries. It faces shortages of supplies and disruption to them, according to the annual PV status report of the European Commission’s Science Hub.

The report says the installation rate of panels has to increase “drastically” − more than five times by 2025, and double that again if Europe is to convert to electric cars and fuels like hydrogen.

It says current policies in place to limit global greenhouse gas emissions are insufficient to keep the temperature increase below 2°C above historic levels, considered by governments to be the maximum acceptable to avoid dangerous climate change.

To keep below that level the decarbonisation of the energy system is the single most important element, but it is moving far too slowly.

“There are huge opportunities for PV in the future, but such developments will not happen on their own”

In order to reach the world’s climate targets the power sector has to be fully decarbonised – not by 2060, but well before 2050 – and photo-voltaic solar energy (PV) is one of the key technologies for implementing this shift.

“PV is a key technology option for decarbonising the power sector. It can be deployed in a modular way almost anywhere, solar resources in the world are abundant and they cannot be monopolised by one country”, said JRC director Piotr Szymanski.

The report’s author, Arnulf Jäger-Waldau, added: “Although (last year) the new installed capacity increased worldwide by 7% and solar power attracted the largest share of new investments in renewable energies for the ninth year in a row, a much more rapid increase in the installation rate is needed to decarbonise the power sector by 2050”.

Current capacity equips the EU to provide just under 5% of its electricity demand from solar PV. There was an installed capacity of 117 GW at the end of 2018, and in 2019 the EU lost further ground in the worldwide market.

Its share of global installed capacity was about 23%. This is a steep decline from the 66 % recorded at the end of 2012.

The report looks at the state of solar PV in individual countries across Europe and in large players across the world and shows how governments are failing to support the industry while they continue to subsidise fossil fuels on a large scale.

The report says that instead of lagging further behind, the EU needs to increase its solar capacity by five times to over 630GW by 2025, and then by five times again by 2050 if it is to cover all its electricity needs with renewables – and that is including the very large share of the market taken by wind and other technologies like hydro-power.

One of the problems for the EU is that it has lost all but a few of its panel manufacturers and needs to re-open solar panel factories or face a shortage of supply.

Until 2006 solar cell production was dominated by Japan and Europe, but in 2014 a new trend emerged which saw China and Taiwan rapidly increase their production capacities. Since then, other Asian countries such as India, Malaysia, Thailand, the Philippines and Vietnam have followed their lead.

The rapid cost reduction in PV manufacturing would merit a fresh look at the potential to bring PV factories back to Europe. The investment costs required by PV manufacturing have decreased by about 90% over the past 10 years, and the European manufacturing chain could be competitive with factories with an annual production volume from 5 to 10 GW.

“There are huge opportunities for PV in the future, but such developments will not happen on their own. It will require a sustained effort and support of all stakeholders to implement the change to a sustainable energy supply, with PV delivering a major part”, Dr Jäger-Waldau concluded.

The massive drop in the cost of producing electricity from solar power – about 80% in the last decade – makes it competitive with fossil fuels across the world. Regardless of how fast energy prices increase in the future, and of the reasons behind these increases, PV and other renewable energies are the only ones offering stable prices in future, or even a reduction.

The report says the main barriers to the changes needed include regulatory frameworks and the limitations of the existing electricity transmission and distribution systems. − Climate News Network

support assures the Network’s continuation while we seek the means to ensure its long-term sustainability.