Emissions at sea and Quadrise

Over 80 per cent of the world’s trade travels by sea and ship transport accounts for around 3 per cent of all the world’s carbon emissions. So a change in the emissions regime for ships should be big news. But somehow a substantial change has crept up on us without everyone noticing. The International Maritime Organisation (IMO) has agreed that as from 1 January 2020 ships will have to use fuel oil on board with a sulphur content of no more than 0.50 per cent by mass, against the current limit of 3.50 per cent. This is a major change: the 3.50 per cent limit has been in effect since 1 January 2012 and the stricter limits for SOx are said to have potential inflationary implications for the prices of substitutes, including aviation fuel, and transport costs more generally. 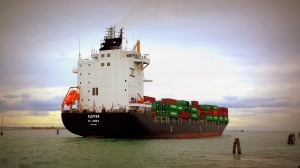 Image by Lemzo from Pixabay

It is not correct to state that ships can only meet the more rigorous limits by using low-sulphur compliant fuel oil. The SOx emission requirements may also be met by using approved equivalent methods, such as exhaust gas cleaning systems or “scrubbers”, which “clean” the emissions before they are released into the atmosphere. This is the solution preferred by Carnival, the large cruise operators. One calculation is that the capex cost of their scrubbers is $1billion, but the saving from using cheaper fuel may be as high as $700 million a year. An increasing number of ships are also using gas as a fuel on the grounds that it produces negligible sulphur oxide emissions. Another alternative, which would alleviate the problem rather than solve it, is for owners simply to instruct their ships to steam more slowly, thus using less fuel.

Why does this all matter? Partly because emissions and their control will increasingly affect us all. But partly as investors; who gains, who loses from tighter limits. There is also so-called “collateral damage”. AIM-listed Quadrise, a British company, seemed to hope to convince owners of the economic advantages of using their proprietary emulsifier-based product to power their ships as an alternative to traditional fuel oil, which tends to be at the dirty end of the barrel of oil. Quadrise were engaged with Maersk, the world’s largest ship owner, in a fuel trial which had already racked up several thousand  hours. The emulsifier had many advantages, but low sulphur was not one of them. Maersk decided that their priority was to adhere to the new low sulphur limit. In the meantime, the trial vessel needed to be withdrawn and the trial was eventually abandoned.

The Quadrise share price suffered and is today a modest 3.375p, even though there has been an increased interest more recently in the cost advantages of scrubbers (and thus emulsified fuel).