On 18 April, the day before Easter Friday, Modern Water plc reported on the calendar year to 31 December 2018.

It would seem that this is a further example of a familiar situation: a potentially innovative company with lots of patents spun out of a university (Surrey), but, partly because the company is dealing with innovative products, regulatory and other hurdles take longer to clear than initially envisaged. The result is delays in reaching commerciality. In the interim the company faces a cash-flow problem. Modern Water first listed on AIM as long ago as June 2007; some five years ago the share price was around 35 pence. Since then the share price has steadily drifted downwards. Granted that more shares have been issued, the share price is now a modest 5.65p which gives an equally modest market cap of £6.52 m . 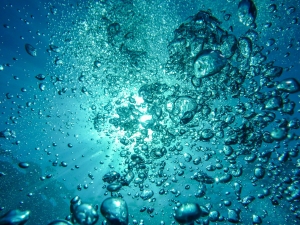 How has the company kept going? Part of the answer is that the company was spun off by a much larger group with a market cap of over a billion, the IP Group, which remains Modern Water’s largest single investor. The IP Group’s experience is precisely in taking innovative ideas from universities and bringing them to market. So they must be familiar with the need to invest further sums in more shares to bridge the “funding gap” and tide companies over the period before commerciality. And indeed, in May 2017 the company raised £1.75 m by issuing fresh shares at 11p.

In 2018, the company raised a further £340,000 by issuing fresh shares. This was in addition to the shares allocated to a Chinese company, Sunup, to cover their investment of £550,000 in Modern Water, giving them some 5per cent of the company. Sunup are also to be the joint venture partner for the Chinese market, promoting Modern Water’s all brine membrane concentrate (ABMC) technology.

The report on 2018 does suggest that commerciality is closer: in July a wastewater plant was opened in India based on Modern Water’s ABMC technology; also in July a joint venture was launched in China; after a successful preparation, work continues on closing the main contract for a wastewater plant in Gibraltar; in September the company licensed its proprietary technology for use in a demonstration plant in China to treat leachate from a landfill site (there are an estimated 11,000 landfill sites in China).

Last year’s report contained the following statement “The key challenge for the company in 2018 is to convert the many commercial opportunities we are seeing into revenue…”  This year’s report could contain exactly the same statement, with a “2019” substituted for the “2018”. But in fact the chairman, Alan Wilson says “I sincerely hope that we can start returning value to our loyal shareholders”. Amen to that.