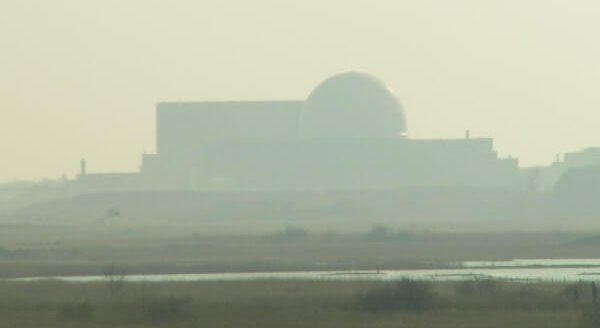 Two new nuclear plants, one in Finland and the other in France, which for years have been limping towards start-up, have just encountered further problems, with worrying wider implications for the nuclear industry.

The so-called third generation reactors, of 1,600 megawatts each, are the most powerful in the world and are the flagship project of EDF, the French state energy company. But they are proving extremely difficult to build and far more costly than forecast.

EDF has just begun building two more EPR reactors in the UK and has plans to add another two, but there must be doubts whether this scheme is now credible. Since the stations were planned a decade ago wind and solar power have now both become far cheaper than nuclear, even without what seem to be its inevitable cost overruns.

The first EPR, Olkiluoto 3 in Finland, was due to be up and running in 2009, but concerns about the quality of construction and legal disputes caused a series of cost escalations and delays. This had already meant the postponement of the first grid connection until October 2018, and the growth of the plant’s cost to more than three times the original estimate of €3 billion (£2.6 bn).

Last week, however, it was reported that even this timetable could not be met and at least another two months delay was likely, although it could be longer. The Finnish utility TVO for whom the plant is being built promises a new schedule in June.

For the second reactor, under construction at Flamanville in northern France, the situation is potentially far more serious. For months dozens of faulty welds discovered during inspections have been the subject of investigation by experts to see if they need to be redone to ensure the reactor’s safety.

EDF was already re-welding 53 of them but hoped to convince France’s Nuclear Safety Authority (ASN) that another ten difficult-to-reach welds were safe and could be left. However, the French Institute for Radiological Protection and Nuclear Safety (IRSN), the technical arm of ASN, has said that these should also be replaced.

While this recommendation is not binding on the regulator it will be hard to ignore, and it is doubtful that ASN would allow EDF to go ahead and start the reactor with faulty welds. It has said it will make a decision in June.

Since the pipes containing the welds are fundamental to the operation of the reactor, and repairing them would take up to two years, this can only add further to the escalating costs.

The single reactor was due to open in 2012 and cost €3 bn, but is already estimated to cost €10.9 bn and to start in mid-2020, although the new weld problem could delay the start for another two years.

This, on top of earlier doubts about safety caused by there being too much carbon in the steel pressure vessel, has made the French government postpone any plans to build any more EPRs at home. Instead, for the first time, it is encouraging heavy investment in renewable energy.

As a result EDF is putting all its efforts into building two giant EPR reactors at Hinkley Point in south-west England, to prove that its design can be built on time and on budget.

It has a guarantee from the UK government for a price for electricity from the station which is twice the current market tariff in Britain. That makes building the station a money-spinner for EDF − and will push up consumer bills.

This is, of course, if the twin reactors each producing 1,600 megawatts, about 7% of the UK’s electricity needs, enough for six million homes, can indeed be built on time and on budget by 2025. They will rapidly become white elephants if they reach anything like the 10-year delay that the reactors in Finland and France seem destined to achieve.

Currently thousands of workers are already employed at Hinkley Point and so far everything seems to be going to plan, with EDF claiming 25,000 people will soon be working on the project.

Despite its setbacks in France, the company is also pressing ahead with plans to build two more reactors at Sizewell on the east coast of England, where there is increasing and determined local opposition which fears the destruction of the local tourist industry and wildlife sanctuaries.

The site is also on a vulnerable coast and will need massive sea defences to protect the reactors from the expected sea level rise of up to two metres in their planned lifetime.

A way of financing them has yet to be agreed with the UK government, which has been stung by the criticism of the excessive prices promised for Hinkley Point’s output and has decided not to repeat its mistake.

As part of its strategy to bolster the company’s finances EDF has gone into partnership with the Chinese state nuclear companies which are part-funding both projects. Ultimately the Chinese and French hope to build yet another reactor at Bradwell in Essex, east of London, this time of Chinese design. But that seems even further away on the horizon.

The success or failure of EDF’s plans is crucial to the future of nuclear power in Western Europe. Japan, the US and all other western European states apart from France have given up the idea of building large stations. Only China and Russia are now building 1,000 megawatt stations and offering generous terms to any country in the world that will allow them to be built on their soil.

In both cases cost seems secondary to gaining influence in the countries concerned, which will be dependent on either Russia or China for nuclear supplies for a generation or longer if they are to keep the lights on– Climate News Network

About Paul Brown: Paul Brown, a founding editor of Climate News Network, is a former environment correspondent of The Guardian newspaper, and still writes columns for the paper