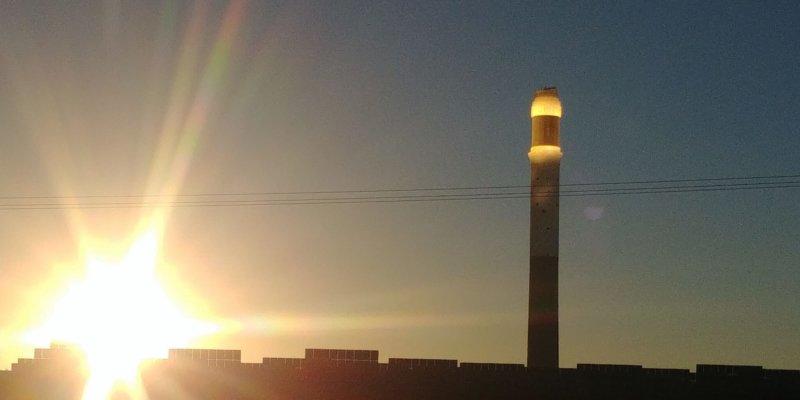 There are countries that are in earnest about the way humans are overheating the planet, the climate change resisters; and there are others that give what is one of the most fundamental problems facing the world only scant attention.

Annually over the past 14 years a group of 350 energy and climate experts from around the globe has drawn up a table reflecting the performance of more than 70 countries in tackling climate change.

Together this group of nations is responsible for more than 90% of total climate-changing greenhouse gas emissions (GHG).

In the just published index looking at developments in 2018, Sweden, Morocco and Lithuania are the top performers in combatting global warming. At the other end of the scale are Iran, the US and – worst performer by a significant margin – Saudi Arabia.

The analysis – called the Climate Change Performance Index, or CCPI – is published by German Watch and the New Climate Institute, both based in Germany, plus the Climate Action Network, which has its headquarters in Lebanon.

The CCPI compares the various countries’ performances across three categories – GHG emissions, renewable energy, and energy use. The index also evaluates the progress made by nations in implementing the landmark 2015 Paris Agreement on climate change.

Morocco comes in for particular praise in the index. “With the connection of the world’s largest solar plant and multiple new wind farms to the grid, the country is well on track for achieving its target of 42% installed renewable energy capacity by 2020 and 52% by 2030.”

India has risen up the performance league and is praised for its moves into renewable energy, though concerns are expressed about the country’s plans to build new coal-fired power plants. Coal is the most polluting fossil fuel.

The UK and the EU as a whole score reasonably highly in the index, but the CCPI compilers issue several caveats and leave the top three places in the league table blank.

“This is because no country has yet done enough in terms of consistent performance across all the indicators required to limit global warming to well below 2°C, as agreed in the Paris Agreement,” they say.

Russia, Canada, Australia and South Korea all score badly in the CCPI, with the US just one place off the bottom spot.

“The refusal of President Trump to acknowledge climate change being human-caused, and his dismantling of regulations designed to reduce carbon emissions, result in the US being rated very low for its national and international climate policy performance.”

Saudi Arabia, the world’s biggest oil exporter, has over the years repeatedly come bottom of the CCPI.

“The country continues to be a very low performer in all index categories and on every indicator on emissions, energy use and renewable energy.”

The Saudis are also strongly criticised for their obstructionist tactics at climate negotiations.

At a recent international meeting on climate change held in Katowice in Poland, Saudi Arabia – together with the US, Russia and Kuwait – was accused of holding up proceedings and of refusing to acknowledge the vital importance of taking action on global warming.

The Middle East, and North Africa and the Gulf region in particular, are considered by scientists to be among the areas which are likely to feel t

Already the region is being hit by ever-rising temperatures; climate researchers say that before too long it’s likely that people working outside in the intense summer heat in population centres such as Dubai, Abu Dhabi and Doha – including those repairing air conditioning and water systems, or overseeing emergency services – could be putting their lives at risk. – Climate News Network