On 10 September Velocys announced that ENVIA was to suspend operations and review alternatives.  ENVIA is a facility outside Oklahoma City that converts landfill gas into diesel and other petroleum products, at the heart of which are two of Velocys’s patented gas-to-liquid reactors, the only ones actually in operation.

ENVIA had announced a gas leak in May, which was subsequently traced to a cooling system associated with one of the reactors (but nothing to do with the core technology). Although the other reactor was still operational the overall plant became unprofitable mainly because the reduced output prevented the plant receiving subsidies from the US government.

This is a significant blow to Velocys not only from the loss of expected revenue but also because it had invested and loaned significant capital to ENVIA. Thus it was no surprise that the interim results, released on 26 September, showed a loss of £25 million (H1 2017: £10m), of which £14m were impairment for the ENVIA loan and investment.

The Chairman, Pierre Jungels, and the CEO, David Pummell, put on brave faces, insisting that “ENVIA successfully delivered Velocys’s central objective: the demonstration of its technology at commercial scale”, pointing out that before the shut-down the plant had generated 10,000 barrels of liquids and that they considered the £20m invested a reasonable cost for this demonstration. 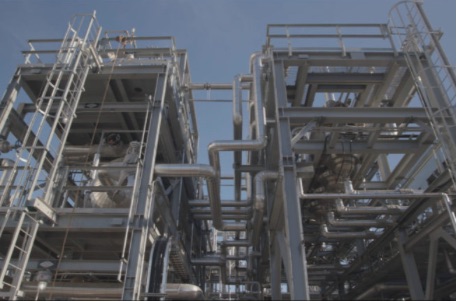 Thus Velocys is left with one project in construction and two under discussion. Under construction is the Red Rock Biofuels (RRB) refinery in Oregon, which will convert biofuel to jet fuel. Velocys has licensed its technology to RRB, for which it expects to receive a substantial £11.4m during construction and early operation and a further £22m over the life of the refinery. £4.5m has been recorded as deferred revenue from H1 2018 under the accounting rules adopted.

Interestingly, one of the lessons that the company claims to have learnt from the ENVIA project is the choice of a good contractor to install its technology. In the ENVIA project Velocys started out as more of a supplier but ended up doing much of the installation, financing and testing. Hopefully this will not be required by RRB.

Under discussion are the Bayou Fuels biorefinery in Natchez, Mississipi, and the UK waste-to jet fuel project with Shell and British Airways. The former is at the stage of raising capital with the final investment decision not expected until H1 2020. For the latter, £4.9m funding has been secured for the early engineering and design phase, of which £0.4m is a grant from the Department of Transport. No date has been set for a final decision but at least the name and location should be known in Q4 2018.

Investors must therefore be patient. Revenue is low, but up from £0.2m for H1 2017 to £0.4m for H1 2018, mainly from engineering services for the UK project. Cash on 30 June was £8.7m with a further £6m raised in July. With administrative expenses running at £22m per year more cash will be needed soon.

The share prices stands at a 5-year low of 4.8p with market capitalisation at £18.5m.