London-listed synthetic fuels group, Velocys, is growing in confidence that it will soon be able to showcase its unique technology to a much wider market and on a commercial footing.The company has taken a number of notable strides in recent weeks, including securing additional funding for Altalto, its flagship UK waste-to-fuel project with British Airways (BA).

Greenbarrel readers will already be aware of the group’s history and innovative technology. Velocys owns intellectual property concerned with reactors that turn gases into liquid hydrocarbons using catalysts and micro-channels.This is predominantly focused on clean aviation fuels at Altalto, a site in Immingham, Humberside, although its technology can also be used to produce low-carbon road fuels as well, mainly drawing on residual woody biomass and municipal solid waste.

It can also enable the production of zero-carbon fuels for the airline industry from renewable power and carbon dioxide. Its hopes, of course, are ultimately pinned on the use of sustainable fuels as a route to net zero, an area still being shaped by shifting policies and climate economics. But there are plenty of reasons for encouragement. 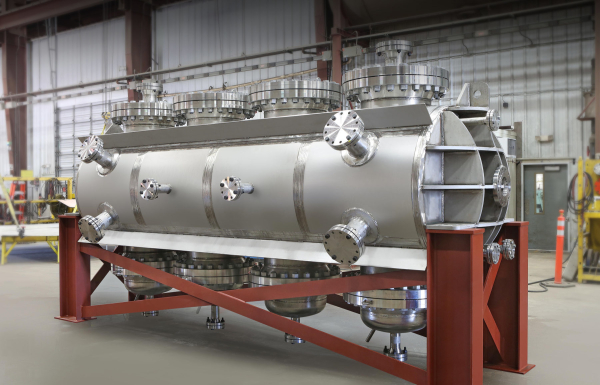 On 1 September, the company announced that it had secured a grant of up to £2.4 million from the UK government’s Department for Transport under the Green Fuels, Green Skies competition The grant award is partly subject to progress by the Department in developing policy support for Sustainable Aviation Fuels (SAF).Velocys has previously received grants totalling £934,000 from the Future Fuels for Flight and Freight (F4C) competition, the predecessor to Green Fuels, Green Skies.

It’s a further shot in the arm for the Altalto vision, for which planning consent was received last year. Velocys now says the proposed plant, which aims to convert hundreds of thousands of tonnes of residual waste per year into sustainable fuels, is ready to move on to the final stages of engineering ahead of construction.

“The momentum for Sustainable Aviation Fuel in the UK and around the world is growing, demonstrated here by the recent consultations on the path to net zero aviation and on a SAF mandate,” said Wareborn. “This grant demonstrates that the Altalto project is a key part of the strategy to accelerate a SAF industry in the UK.”

For BA, the project and funding is equally critical in helping it to drive forward the development of sustainable aviation fuel in the UK.

Sean Doyle, BA chairman and CEO, has called Altalto a “game changer” for the air transport industry. BA’s parent company, IAG, was the first European airline group to commit to powering 10 per cent of its flights with SAF by 2030 – purchasing one million tonnes of SAF each year, equivalent to taking a million cars off Europe’s.

Roads every year. tUntil January 2021, Shell was also a partner in the Altalto scheme but withdrew stating that it wanted to focus on “other lower-carbon fuels opportunities which leverage our own technology” Elsewhere, Velocys is also being recognised overseas, with a number of significant developments taking shape in Japan over the past month.

Its Fischer-Tropsch (FT) technology has been selected for an e-fuels project by Toyo Engineering Corporation and a consortium of six leading Japanese companies working jointly to commence a demonstration project.

E-fuels are a promising set of sustainable fuels synthesised from hydrogen that is generated with renewable power and carbon dioxide that is captured from existing sources or the atmosphere.Separately, it is also working with Toyo on the advanced engineering and design phase of a refinery to establish commercial-scale production of SAF in Japan.

Steady progress is being made, though not always at the pace investors like to see. The share price of the £51.13m market cap Velocys was 4.80 pence last evening. This was above the 52-week low of 4.10p of but still some way below the high of 11.10p But with so many voices now calling for greater sustainability in air travel, the company is well placed in a nascent industry that is entering an exciting time.