IGas Energy and Fracking: In big picture terms, the financial future of IGas is caught up with the prospects for fracking in the UK. But not entirely. There is a coherent oil and gas story here alongside a fracking story. So we are again trying to cover the situation, as we did when we last wrote about IGas last November, in two-linked but separate articles. This first article is essentially about IGas as a small, conventional UK oil and gas company, fracking comes next.

IGas Energy’s story is one of a conventional UK oil and gas producer with potentially great value upside through its large unconventional shale holdings throughout the country, which have yet to be exploited.

We last wrote about the group on 30 November 2017 based on the interim results report for the six months ending 30 June 2017, which was released on 20 September 20, 2017. The company was a bit unsettled at that point as they were resetting themselves following the restructuring of the balance sheet in April 2017, which was aimed at reducing an onerous debt burden.

It was not all bad news for IGas. The capital restructuring involved experienced industry investor Kerogen Capital becoming a 28 per cent shareholder through its US$35m (£29m) equity investment. Some US$22m (£18m) was also raised in a placing and open offer. There was also a carried £183m at the time for the shale operations if and when they were ever to get going. 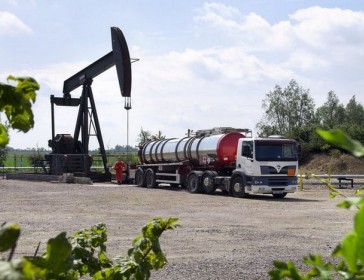 On 21 March 2018 IGas released its ‘Full year results for the year ended 31 December 2017’. With the oil price picking up they were more cheerful than the previous interims. Revenues for the year were £35.8m against £30.5m for 2016. Although adjusted earnings before interest, tax, depreciation and amortisation EBITDA were down slightly at £9.2m from £10.2m the previous year, profit after tax was £15.5m compared to a loss of £32.9m in 2016.

Commenting on these results Investec said: “Importantly, cash balances have now stabilised and net debt stands at £6.2m (net debt is borrowings less cash and cash equivalents excluding capitalised fees). This compares with net debt of £99.7m for 2016. With production guidance of 2,300 to 2,400 barrels of oil equivalent a day (boepd) reiterated for 2017 and 2,400 boepd forecast for 2018, we expect IGas to reduce net debt further by generating circa £5m of free cash flow (FCF) in 2018. We still see IGas’ conventional assets (and cash flow) underpinning valuation, with the shale portfolio providing option value ahead of upcoming industry catalysts in 2018.We refresh our numbers for these results and reiterate our BUY. Note a 5p increase in our target price to 105p.”

What this broker’s note goes to say is at the time of their writing there was nothing in the share price for the shale upside. The note does say though, in a section called ‘shale industry catalysts’ – “Momentum in UK shale activity continues to increase, gas is likely to start flowing from Cuadrilla’s two shale exploration wells in Lancashire later this year. The results and flow rates of the extended tests from these sites are needed to gauge well productivity and we see this as the most important industry catalyst in 2018.”

By Stewart Dalby|2018-04-17T14:22:51+00:00April 17th, 2018|Igas Energy Plc|Comments Off on IGas Energy’s conventional oil and gas production has positive results for 2017 and the company expects increased momentum on shale gas activities