Having written about IGas Energy’s conventional oil and gas activities recently, in a second article we now look at fracking for shale gas in the UK and the company’s role as a player in the activities.

On April 3 this year the oil and gas exploration company Caudrilla said it had completed the first horizontal shale gas well in the UK for some time, at its Preston New Road site near Blackpool. It added: “From the data we have amassed so far we are optimistic that after fracking the shale rock, gas will flow into this horizontal well in commercially viable quantities.” The company has suggested that in time each well could extract enough gas to heat 5000 homes for 30 years.

Does this drilling mean that the so-called shale gas revolution which could transform the UK’s energy mix and enhance the country’s security of supply, has now started, or rather resumed? Many investors or would be investors in shale gas-involved companies are hoping that it does. But there is still an element of “fingers crossed” about the whole exercise.

Back in 2011 work was halted at Cuadrilla’s Preston New Road site near Blackpool after drilling had triggered a minor earthquake. In 2011 and recently the drillings were attended by substantial numbers of protesters and roundly condemned by environmental groups. 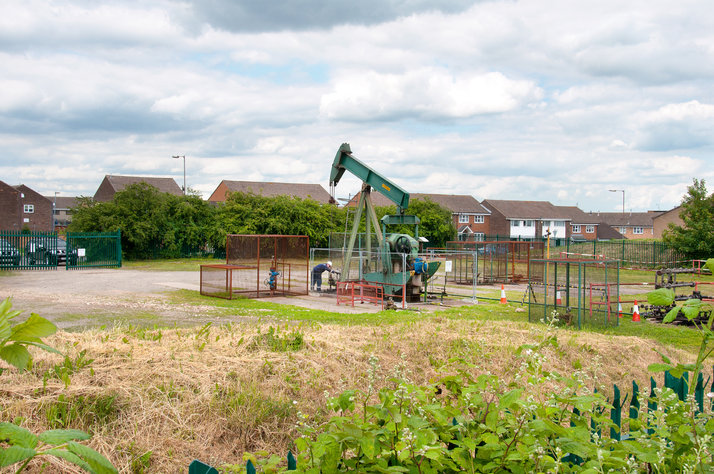 IGas gets ready for fracking in the Bowland shale

The protesters fear that fracking not only causes earthquakes, it can also pollute water tables and cause other environmental damage. The fracking ban in the UK that followed the Caudrilla earthquake was lifted in 2014. But the sheer scale of the opposition to fracking together with indecisiveness at a local and national political level led to delays in permissions to drill being granted. It also meant that shale gas companies had to toughen up on their environmental safeguards

The protests will continue but so too will shale gas drilling and fracking permissions. Cuadrilla is currently sinking a second well. Third Energy expects to drill in the next couple of months at its site at Rydale in Yorkshire.

These are privately owned companies. There are few publicly quoted companies with extensive shale holdings in the UK and IGas is probably the most attractive for shareholders. The company holds around one million acres in several licences in Bowland shale basins in the Midlands and North of England which could harbour shale gas. Early surveys estimate that the company’s acreage could hold 80trillion cubic feet (tcf) of gas-initially-in-place.

Given that the UK consumes under 4 tcf of gas a year, even with low recovery rates of, say, 10 per cent IGas could produce more than two years’ worth of gas for the country. IGas had assembled a war chest of £183m through three large groups INEOS, Total and Engie investing in IGas’s assets (not its equity).

On 1 November 2017 INEOS, whose huge Grangemouth refining and petrochemicals complex accounts for 4 per cent of Scotland’s GDP agreed to buy out Total’s interests in five licences without any financial change to IGas.   INEOS also assumed Total’s carry obligations of £183m. Earlier INEOS also bought out some of Engie’s interests. This boosted the war chest to over £200m. So there is enough capital expenditure (capex) needed for drilling waiting to be released.

The company has said that it is planning to drill for shale gas in North Nottinghamshire at the Springs Road and Tinker Lane sites. The first well should be spudded within the next couple of months.

As we said in our earlier piece on IGas’s conventional oil and gas activities there is nothing in the share price for the exposure to shale gas exploration and production. The market cap company of £99.76m share price was 81.80 pence last evening against a 52-week low of 49p and a high of 104p.