Cork-based EQTEC would like to focus on its proprietary gasification technology for converting waste to energy. In most conventional Energy-from-Waste (EfW) plants the waste is used to generate heat which then powers a district heating scheme or produces steam to drive an electric generator. EQTEC’s technology, EGT, converts waste into syngas, which is similar in composition to the town gas that was used in the UK before the arrival of North Sea gas.

The syngas is first cleaned of solid particles, dried and purified so that it can be used to drive a conventional gas turbine or an internal combustion engine.  Excess heat is also put to use where possible. The company claims that both the electricity generation and total energy usage are more efficient than conventional methods. Syngas can also be used as chemical feedstock. 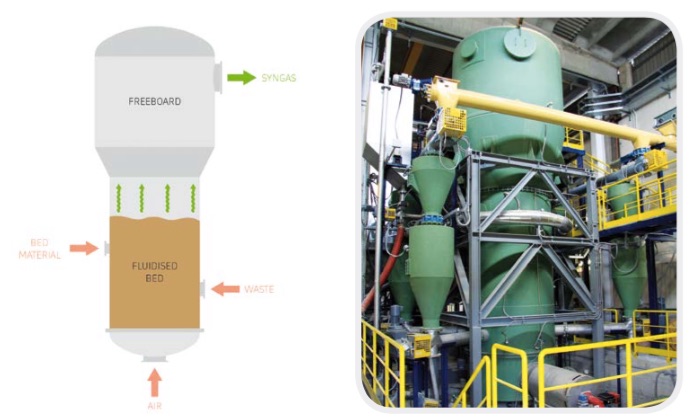 The UK should welcome such improvements as, according to government statistics, it produced only 3.5 TWh of electricity from waste in 2017 (versus, for example, 21 TWh from onshore wind and 336 TWh in total), lower than at least ten other European countries. (This number is only a guide as it does not include heat energy recovered from waste, while the definition of waste is not entirely clear: it is primarily bio-degradable household waste which is taken, arbitrarily, to be half of all household waste.)

To reach this point EQTEC has taken a tortuous path. The company was first listed on AIM in 2008 as Kedco with a variety of renewable interests in the UK and Ireland. As these proved unprofitable the company focussed on biomass and waste energy and changed its name to REACT at the end of 2013. However one of its key investments, 50 per cent of a biomass plant in Newry, Northern Ireland, underperformed and was put on “care and maintenance” in September 2014. The company was struggling until it received a large investment in early 2017 from EBIOSS, a holding company that is listed on the Spanish stock exchange but has its origins in Bulgaria.

EBIOSS owns the EGT technology. It soon became a majority shareholder, renamed the company EQTEC and completed a reverse takeover of its Spanish subsidiary EQTEC Iberia at the end of 2017. Ian Pearson, UK environment minister in 2006, was appointed non-executive chairman of a company that now employs about 100 people and has 8 major projects throughout Europe that have accumulated 50000 hours of operation.

However cash remains in short supply.  In December the EQTEC raised £1.6m by offering shares at a low 0.65p and thereby reduced some of its high interest loans. However when the company secured a convertible loan facility at the end of February that would allow it to raise £7.5m, the market reacted badly, with the share price dropping from 2p to 0.5p where it remains today. EQTEC have subsequently said that they will not draw any more of the loan after the initial £1.5m.

On the other hand EQTEC insists that it has good prospects with contracts to supply its technology to three EfW projects, one in Usk and two in North East England, with total electrical capacity of about 35MW. EQTEC expects revenues of about £40m over two years, but from when is not clear. Financing of the projects is complicated with a major part provided by Energy China. In addition planning permission is being sought to re-activate the Newry plant with EGT, and there are other opportunities in Europe.

Good revenues therefore lie on the horizon, but until the projects start they are not guaranteed. In the meantime it is not yet clear how much revenue is being generated by the non-UK business of the company. Market cap has sunk to £6.3m and also, worryingly, the two projects in the North East may or may not use the full EGT technology because it is not cost effective. If so, the company will lose some of its technical edge and face more competition.