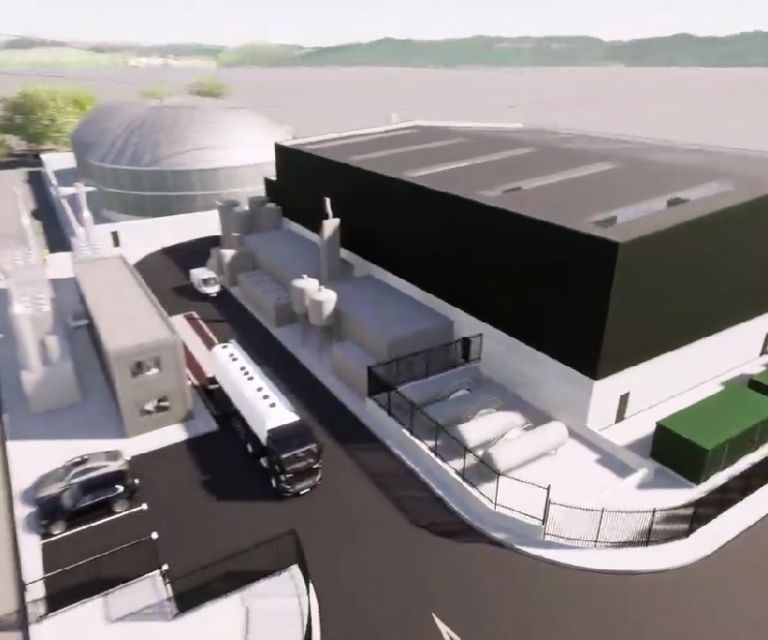 It’s been the best part of a year since we last looked at AIM-quoted EQTEQ, the Irish hydrogen and biofuels-focused technology specialist. In that time, it has made headway on a portfolio of projects that span much of Europe, the UK and North America. Despite working in a sector where things can notoriously take time to mature — perhaps reflected by its lacklustre share performance this year — the EQTEQ team have been busy nurturing their broad collection of ‘clean energy’ plans and projects and making several advances this summer in particular.

Most recently, the company announced that it had teamed up with Anaergia Inc — a familiar partner from its Deeside project — for the construction and operation of the multi-technology, waste-to-energy facility at Southport Hybrid Energy Park in Merseyside, north-west England. Anaergia will undertake the full engineering, procurement and construction (EPC) role under a fixed price, lump sum fee, as well as a separate, minimum five-year operations and maintenance (O&M) contract.

It’s a key step in realising the potential of the Southport initiative, which will showcase a wide array of exciting new technologies and dovetails perfectly with key environmental goals.Separately, EQTEQ also completed a debt financing deal with Optima Bank S.A. to support the construction of a 1MWe waste-to-energy project at Livadia, in Boeotia, Greece. The funding could bankroll up to 75per cent of the total capital required for the project. It will result in the construction of a waste-to-energy gasification plant that, once operational, is expected to produce a minimum of 1MW green electricity from around 7,500 tonnes of mixed agricultural waste from local farms.

There are further discussions with institutional funds focused on energy transition infrastructure, for the sale of project equity on Livadia, and other projects, that could inject additional cash. At the end of March, EQTEQ also unveiled a new unsecured loan facility of up to £10million to fund further growth and development in its key markets, and for general working capital.

There was also endorsement on the technology side too from academia, after the Université de Lorraine (UoL) released a report verifying that EQTEC’s Advanced Gasification Technology successfully converts contaminated plastic waste into synthesis gas (syngas) cleanly, stably and efficiently following testing work in France.

In March, EQTEQ launched a French subsidiary entity with SEPS, a local company specialising in the management and recycling of industrial waste.The duo will pursue the development of contaminated waste treatment plants with initial interest focused on specific offtake applications including electricity, heat, combined cooling, heat and power (CCHP) and biofuels.

Indeed, the Southport plant in England amply illustrates the exciting mix of innovative technologies now fusing together, both from EQTEQ itself and its team of collaborators.This includes a waste processing facility that will accept 80,000 tonnes of pre-processed municipal solid waste a year to both recover organics produce refused-derived fuel (RDF) as well as an Anaergia anaerobic digestion facility to convert the recovered organics into six million cubic metres of bio-methane per year, to be injected into the national gas transmission system.

Through combined heat and power (CHP) engines, the site will also pull gas from the grid to generate 9MWe for export to the transmission network, and incorporate a 2MW battery storage facility.In a future phase of work, the aim is to add EQTEC Advanced Gasification Technology that could convert 25,000 tonnes of RDF per year, supplied by the plant’s waste processing facility, into an estimated 2.5-3MWe of clean electricity.

EQTEQ is further exploring the option of producing clean hydrogen at the Merseyside plant, by applying its own synthesis gas (syngas) technology together with syngas-to-hydrogen technology provided by a partner.According to David Palumbo, the chief executive (CEO of the Southport venture he will directly address the challenges of waste reduction and the need for clean energy, while also creating local jobs. “The future of renewable energy beyond fossil fuels will be a mixed economy — and the Deeside and Southport plants will demonstrate that,” he noted in a 24 June, 2022 update. “These projects are at the cutting edge of clean, waste-to-energy and hydrogen innovation in the UK.”

Nonetheless, the company works in a climate where patience isn’t always evident, certainly when it comes to the stock market and fickle investors seeking quick returns. Still, in FY2021, EQTEQ reported revenues of €9.2 m — a rise of 410 per cent compared to FY2020 revenues of €2.2 m — albeit with a loss of €4.7m.With a robust project pipeline coming through, and with more schemes now entering the construction phase, there’s ample reason to keep following the EQTEQ evolution.