Eden Research delivers ‘a significant improvement in revenue’ in 2017

Eden Research describes itself as a company that provides breakthrough biopesticides and natural microencapsulation technologies to the global agrochemicals, animal health and consumer products industries. The company developed its first agrochemical product that was called 3AEY (now known as Mevalone) which is a fungicide which targets botrytis, a mould that causes diseases in grapes.

Eden was floated on London’s AIM in 2012 and by late 2015 had reach a share price high of 25pence. The flagship 3AEY product started to gain recognition in 2016 but the company had a hard time of it in that year and its troubles continued into 2017. In the first half of 2016 the share price started a descent and by September 2017 it had dropped to 11.50p.

The company’s poor share price performance stemmed from the fact that like a number of start-ups involved in technological innovation Eden was an early stage revenue group, which haemorrhaged funds establishing patents, overcoming regulatory hurdles and proving up its products commercial possibilities. Eden has spent £12million developing and protecting its intellectual property and gaining regulatory authorisations since 2013, it claims. Eden CEO Sean Smith said last year that apart from being short on revenue the company was also operating under funding restraints. 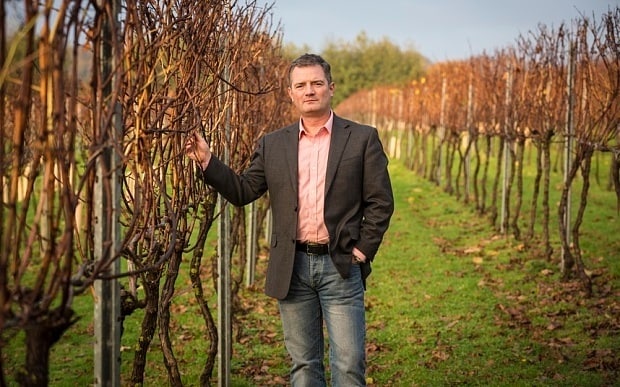 ’Shore says: “In our view the company has delivered a significant improvement in revenue year-on-year which has flowed through to materially narrow the operating loss in comparison to FY2016A. This is despite adverse weather reducing demand for fungicides in the year.”

Eden grew revenue to £1.9m in 2017 against £0.4m in 2016. The group reported an underlying loss before tax (excluding an exceptional royalties refund and a licence amendment fee) of £1.1m which has materially narrowed from a loss of £1.9m in the previous year. Eden ended the year with net cash of £3.7m. The net cash figure benefitted from an injection of £2.2m in June 2017, as strategic investment, from SipcamSpA which gave the Italy-based multinational agrichemical group a 9.9 per cent interest in Eden.

Amongst other things, Sipcam acts as a distributor for companies like Eden. Its greater involvement with the group coincided with a period when Eden was evolving its business model from technology licensing to sales of products to distributors, which has meant quicker payment and improved gross margins. In short, Eden can now manage its own supply chain.

In 2017, Eden gained approvals for Mevalone use for its product from ten countries including Cyprus, Greece, Albania and Bulgaria. Significantly, though, three of the places which won approvals, were Italy, France and Spain the world’s top wine producing countries. All three achieved first commercial sales. This explained the nice leap in revenue. Some 41 per cent of the company’s revenue in 2017 was from the sale of products rather than licence-based royalties and milestone payments.

Eden is not a one-product company. It has 130 patents and a pipeline of products under development. For example, the company also has a micro encapsulation technology, which can be applied into several vertical markets including human and animal health. Management has branded its technology, Sustaine and it is going to be an increased area of focus in FY2018.