PhotonStarLED is counting on the success of its building management system

PhotonStar LED Group has evolved over the years from being a designer and manufacturer of smart LED lighting solutions to one of intelligent lighting and building control solutions. LED lights are still at the heart of PhotonStar’s business, but the market for lighting fixtures on their own is mature and challenging, with revenues and profits decreasing steadily over the last few years.

As a result the Group has put increasing effort into retrofitting existing buildings with lighting, environmental monitoring and cloud-based building management solutions. As reported in an earlier article (November 2016) the initial focus was to make use of the up-market features of the Group’s lights, whose colour and intensity can be changed throughout the day to match the changes of natural light.

This is known as “biologically optimised circadian lighting”, and is seen as a healthier option for environments varying from dementia wards to offices with no access to sunlight. To do this in an existing building each light has to be controlled from a central point wirelessly, i.e. it must be connected by Wi-Fi in an internet of things (IoT). 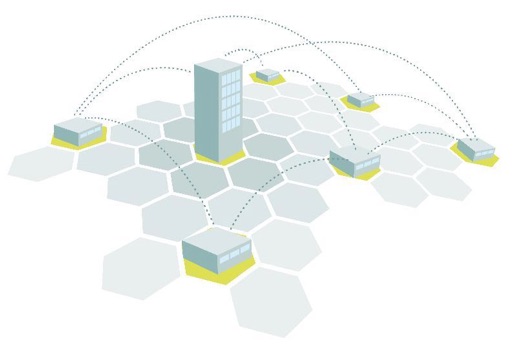 It is but a short step to expand the number of things to include environmental sensors, power management and the regulation of heating, cooling and shading, i.e. building management. To take this step the Group has worked in conjunction with IBM and its Watson IoT platform, which is considered the industry leader for building management software. Although the main focus for the Group’s product, halcyonTM, has been the healthcare sector, it is now being considered in sectors such as student accommodation, pub chains, food chains and housing associations.

As so often the problem is to pass from limited trials to full roll-out. The trials are usually paid for, but the process has been taking longer than expected. As a result the unaudited results for 2017, reported on 30 January, showed revenue down at £4.7 million (2016: £5.4m). No breakdown between the different segments has been given, but based on the previous interim results 60 per cent comes from lighting fixtures, 35 per cent from contract manufacturing, and only 5 per cent from the halcyonTM range.

At the same time expenses have been cut so that the unaudited loss for 2017 was down at £0.9m (2016:1.43m). The Group also announced on 30 January that it was selling its manufacturing business, Camtronics Vale Ltd, for £150,000 in a management buyout. Although Camtronics was breaking even in terms of EBITDA (earnings before interest, tax, depreciation and amortisation) it was responsible for 55 per cent of the Group’s debt of £0.85m.

Cash at the end of 2017 was an unaudited £0.04m, but the Group has subsequently raised a gross £0.43m from a share placement. This looks barely enough given that £0.6m was spent on halcyon development in 2017. The Group has put its eggs in the halcyon basket and needs them to hatch soon.

The share price has been drifting steadily down and is now at a low of 0.17p. One major investor, Unicorn Asset Management, reduced its share holding from 7.6 per cent to 3.3 per cent last week.