We last wrote about Eden Research in January this year. We said that after a long, difficult period of little revenue and continued losses, the company seemed to be moving closer to commerciality. The final results for the year to 31 December 2019, released on 2 April 2019, appear to confirm that is the case.

Eden describes itself as a company that provides natural microencapsulation technologies to the global agrochemicals, animal health and consumer products industries. By the time Eden was floated on London’s AIM in 2012 the company had developed its first agrochemical product that was called 3AEY (now known as Mevalone) which is a fungicide which targets botrytis, a mould that causes diseases in grapes.

The flagship Melavone started to gain recognition and interest amongst investors and by late 2015 the shares reached a price high of 25 pence a share. As 2016 and 2017 rolled on, however, the shares began a gradual decline as there were few signs that a meaningful revenue stream was emerging. At one point the share price dropped to 7.50p.

The company’s poor share price performance stemmed largely from the phenomenon that, like the other young or start-up groups 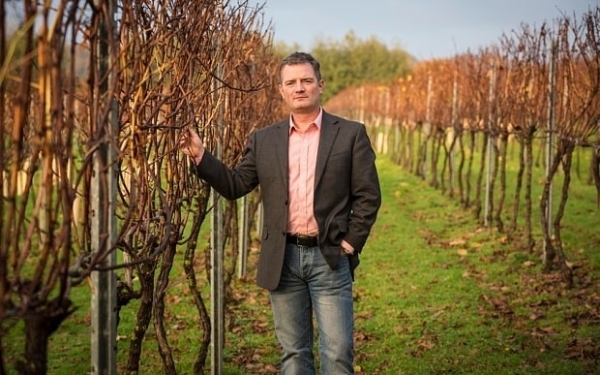 involved in technological innovation, Eden had been an early stage revenue group. The company haemorrghaged funds (to the tune of £13 million) over four years overcoming regulatory hurdles and proving up its products’ commercial possibilities.

Eden’s problems were compounded by the fact that, in large part, it depended on technology licensing for its revenue. Realising that this method could not deliver in terms of meaningful cash flow, in the second half of 2017 and most of 2018 Eden started to evolve from licensing to a system of sales to distributers and partners This brought on quicker payments and improved gross margins. Eden became competent in managing its own supply chain. Eden’s partner and main distributor Sipcam, the Spanish agrichem group has been responsible for distributing Melavone in 12 wine producing countries, including the three biggest, France, Italy and Spain.

Eden determined not to be a one product company. The strong revenues figure is not only meant it could grow its Melavone business from the said 12 countries where approvals have been given, but it would also be able to enter commercial agreements in other sectors such as human and animal health.

In terms of this diversification, has made progress. In October 2018 Eden announced its associate company Terpene Tech had received approval for its head lice product in the European Economic Area (EEA); and their activities have progressed into 2019.

It also continued to build on Sipcam’s achievements. It was announced at the company’s AGM in London on Wednesday 15 May that Sipcam had paid Eden £0.9m for the exclusive right to sell Melavone in ten additional countries including the US, China and Brazil.

Finally, Eden through its distributor Eastman has been granted approval from the Italian government for the use of Cedroz. Cedroz is a bio-nematicide that targets plant -parasitic nematodes; which are microscopic soil-dwelling worms. The nematode population can cause considerable damage to a wide -value vegetable crops and horticultural species. Eden said at the AGM it awaits further pending approvals for Cedroz across Spain, France, Belgium, the Netherlands and the UK.

House broker Shore Capital said: “We believe Eden is well positioned to take advantage of and capitalise on opportunities given the change in market dynamics, thus driving increased shareholder value. Our base-case scenario provides a fair value  of 24.8p (c.128 per cent upgrade The £22.79m market cap company’s share price was 11.8p last evening against a 52-week low of 9.25p and a high of 15.75p.