You can argue until the cows come home about whether nuclear power is a clean tech energy source or not. In Germany they don’t think it is. Unlike the UK where concerns about nuclear waste seems to have ceased to be a question of frontline protest, in Germany the fact that no country has managed to find a final repository for nuclear waste which can remain toxic for a million years is a burning issue and has led to radical policy changes.

Following the Fukushima nuclear accident in Japan in 2011 Germany decided to close all its nuclear plants by 2022, as well as its coal plants and rely on renewables to meet its energy needs and its carbon emission reduction targets, in the fight against climate change. 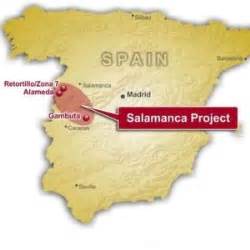 In the UK, by contrast the government believes that nuclear is a necessary part of the energy mix and is clean tech in the sense it is non carbon emitting. It is therefore vital in meeting the challenging carbon reduction targets that the UK has set itself. Various companies agree with the government.

London quoted Berkeley Energia is a uranium producer which describes itself as a clean tech company, and believes a new generation of nuclear plants is unavoidable if climate change is to be successfully combatted.

Since uranium is the feed stock for nuclear plants it is easy to smirk and say that Berkeley would believe in nuclear since it stands to benefit from the growth of nuclear plant building.

However, Hugo Schumann, Berkeley’s corporate director speaking at a Mining Capital investors conference in London made a good case for nuclear. He said in the UK nuclear and renewables now account for around 40 per cent of power generation with each supply 20 per cent of the 40 per cent.

Fossil fuels supply the remaining 60 per cent with coal accounting for just over 30 per cent with gas contributing just under 30 per cent. The UK government is committed to reducing coal output for carbon emissions purposes and renewables just can’t fill the gap, not just because subsidies have been cut because storage solutions have not yet developed. Despite what Germany might think other European countries also believe nuclear is the way forward.

And it is not just Europe that is embracing the nuclear idea. China and India while building lots of solar and wind farms is also going hell for leather in building nuclear plants. According to Schumann China currently has just 23 nuclear plants and by 2020 will have over 100. India also has around 20 and plans a similar expansion.

And yes Schumann does believe that Berkeley is well placed to take advantage of this enthusiasm for nuclear. After a decade of exploration and feasibility work and more than US$60million of investment, development of the Salamanca uranium project in Spain finally got underway in March. 2016.

Alastair Ford the mining editor of Proactiveinvestors has written that the project has real promise. Following the inclusion of a new area of mineralisation known as Zona 7 in November of 2015, a pre-feasibility study for Salamanca envisioned the production of 4.3m pounds of uranium per year at steady state, averaging out over an 18 year mine life at 3 m pounds.

The cost to get that production up and running will be relatively modest too, in mining terms, at just US$81.4 m for an initial operation at Retortillo