The German Election Result and Renewables: What does the future hold?

The re-election of Chancellor Merkel in the recent German elections was predicted by most of the opinion polls, as was the need for a further coalition Government. But the results were less predictable. Once the Socialists (153 seats)  had announced that they would go into opposition and thus not take part in a new “Grand Coalition”, the only coalition which gives an arithmetic majority in a 709 seat Bundestag is one comprised of the Christian Democrats (246 seats), the 80 seats won by the Free Democrats and the 67 seats of the Greens.

This is commonly referred to as the ‘Jamaica coalition’ because the colours associated with the three parties are the same as those in the Jamaican flag.But in practical terms, it will not be easy to pull together a coalition to which, again according to the pre-election polls, three voters in four had a hostile attitude. 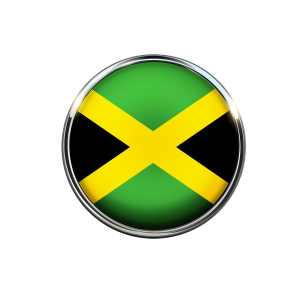 Given the rather different stances of the Greens and the FDP, which is traditionally close to business, one of the most contentious areas is likely to be the environment and the future place of renewables. There are two major issues: ever since a law passed in 2000 created an obligation for all producers of renewable energy to be connected to the grid at a price above the market price, guaranteed for twenty years, there has been a dramatic switch to renewables. In Germany, electricity generated from renewable sources has tripled in the last ten years.

Today it is around 30 per cent of all electricity generation and is set to grow to 40/45 per cent by 2015 and to more than 80 per cent by 2050. There is a price to be paid for this increase and it is paid by individuals and businesses. German retail electricity rates are nearly three times US retail rates. As a result, there has been a business concern about Germany’s competitivity in the medium term.

In addition, the 2011 decision to accelerate the exit from nuclear power not only promised a premature end to the most profitable operations of the major German electricity generators (and thus on their share price), it also made it more difficult to construct a financially viable business model for new generating capacity.

Furthermore, the economics of the 2011 decision had a perverse effect: the gas-fired power stations which, though more flexible and thus better able to adapt to the fluctuations of renewable electricity turned out to be less viable financially than the greater pollution of the coal-fired stations -hardly a plus for the planet.

Germany’s rapid growth in renewable electricity production has also created distribution problems. The country currently has insufficient infrastructure to send electricity from the off-shore facilities in the north to the industries in the south where it is needed and it is estimated that 3,800 kilometres of new transmission lines are needed to meet increases in electricity demand and (renewable) supply. But these infrastructure proposals have been opposed by municipalities and citizens, for those who applauded the 2011 decision to phase out nuclear power are apparently less enamoured of transmission lines.