Nature Group, which handles marine waste, announced two days ago the sale of its Gibraltar subsidiary to Gib Oil Limited for £4 million, £3m up front and £1m in escrow for up to two years.

This will bring much needed liquidity and hopefully and end to a long period of restructuring. For while the Group has been successfully involved in this business for 30 years, and on AIM since 2002, it has made a loss since 2013. Cash has also dropped from £1.1m end-2014 to £0.33m end-June 2016.

The problems started in 2011 with a major fire that severely limited operation at the Gibraltar port facility, at the time a major source of revenue. After several years of providing expensive alternatives to support the operation, and as permission to rebuild the facility continued to be delayed the Group declared it a discontinued operation in 2015 and started to look for a buyer.

Gibraltar has not been the only problem. The drop in the oil price since late 2014 has affected not only the Oil and Gas division and the Texas facilities (where a large part of the business is oil related), but also because an important output of the port facility processing is waste oil, whose market has been hurt by low crude oil prices.

The Group has been taking strong action to restructure and reduce costs since early 2015. Apart from discontinuing Gibraltar, an engineering site in Cornwall has been closed and the administrative headquarters regrouped in Holland. All this is taking time, and the effects can still be seen in the interim results for the half year to 30 June 2016. Revenue was £6.2 million (Full year 2015: £16.3m) and after tax loss was £0.77m (2015: loss of 2.3m) without Gibraltar. The Board expects increased losses in the second half of 2016.

On the positive side, the handling of marine waste, known as Marpol, has become an important factor in efforts to clean up oceans worldwide. Nature Group now has three divisions. The Maritime division provides port facilities that collect and dispose of liquid and solid waste from ships. This is the largest division and is currently operating in Rotterdam and Texas.

The Oil and Gas division provides equipment that takes oily water and sludge on drilling rigs and separates it into water that is clean enough to be put in the sea and a reduced volume of sludge that can be stored in tanks. This division operates out of Aberdeen and Stavanger but sells equipment worldwide.

The third division, now based in Stavanger, develops equipment for the other divisions, and also engineers tailor-made solutions for particular waste treatment problems. 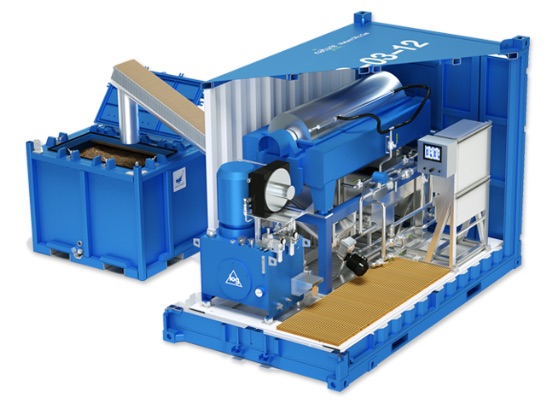 In 2016 the Group made some positive moves. It bought the remaining share of what had been a joint venture in the Texas port facilities, and introduced an autoclave system (a type of giant pressure cooker) to extend the type of waste it can process there.

Then in late December the Oil and Gas division announced a 5 year £5m contract with a major oil company. This news caused the share price to jump to 14p from an average of 5p over the previous 6 months, later settling to around 9p and then up to 13p after the Gibraltar announcement.

Market capitalisation has now increased to above £10m, so that in conjunction with the Gibraltar sale the Group’s finances look much healthier. In addition, recent oil price increases and increased pressure to clean up the seas should improve prospects for all divisions.