How pleasant it would be if there were no landfills. Even more pleasant if we could generate electricity in the process.  Incinerators have been able to do this for many years, with Denmark, for example, sending less than 50 per cent of its rubbish to landfills. The UK, in contrast, sends 90 per cent.  The heat from the incinerators is normally used to create steam and drive turbines for the electricity.

Such incinerators have been criticised for leaving toxic compounds in the ash or the flue gases. They are also unable to handle some of the more difficult types of waste such as tyres and batteries. Powerhouse Energy Group’s solution is ultra-high temperature gasification, in which the temperature is so high that all types of organic material are broken down to give syngas (mainly hydrogen and carbon monoxide). Powerhouse’s new development, the PHE G3-UHt, which runs above 1250C, is currently under testing in Brisbane.

The syngas then drives a gas turbine generator. The power produced depends on the energy content of the rubbish. The prototype G3 unit, which handles up to 5 tonnes of rubbish per day, is expected to generate 200kW of electricity, although it is not clear how much of this is consumed by the unit itself.  For reference the average UK household throws away about 1 tonne of solid waste per year.  A commercial system might consist of several units in parallel.

Syngas is also useful in that almost any hydrocarbon product can be generated from it. Alternatively the hydrogen can be separated out to power fuel cells. 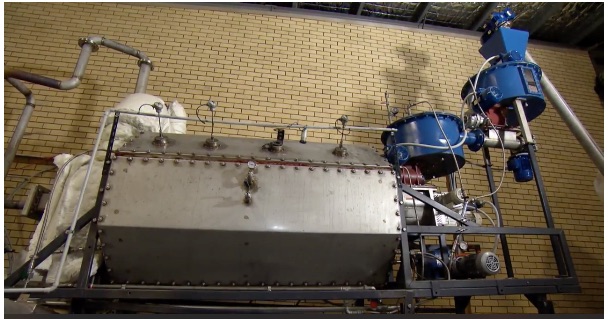 The heart of the PHE G3-UHt: a ceramic oven running at above 1250C (www.powerhouseenergy.net)

Powerhouse originally developed their product through subsidiaries in Switzerland and Germany.  However these were abandoned in early 2015 due to technical and management problems. Development was transferred to Brisbane and has resulted in the third generation G3 unit 18 months later.

Powerhouse see a large market for such systems, from smaller specialised systems handling medical or automobile waste to large systems able to handle 1000 tonnes per day for a whole community.  Its vision is to manage the complete chain from waste collection to placing electricity onto the local grid.

The financial position is opaque. The annual accounts report neither revenue nor employees. Expenses are heavily influenced by impairments of subsidiaries, both positive and negative.  The auditors say they were unable to obtain accounting records for the subsidiaries and hence could not express an opinion on the Group’s financial position.

Nevertheless Powerhouse is strongly backed by Hillgrove Investments Pty Ltd, a private Australian company, with whom it has a convertible loan agreement of US$4.8m which is good until at least June 2017.  After three share issues this year they now have a market capitalisation of £4.1m. Cash in hand at the end of September was £450,000, enough to complete testing but then some revenue must be generated.

Reducing landfills and generating electricity from waste are both highly desirable. The question will be the cost, especially for the more sophisticated G3.  Will it be a niche solution for special materials, or will it fulfil the wider vision of Powerhouse’s board? A word of caution: a Danish incinerator/generator was built near Delhi in the 80’s but was a failure, reportedly because the waste delivered to it had already been picked clean of organic material by scavengers of all sorts.