The most recent press release from Green Dragon Gas (July 26) reported that the London-listed Group has had a production boost from the unconventional gas wells it operates in China because of its investment in infrastructure.

The coal bed methane (CBM) specialist said  sales from its flagship GSS unconventional  gas fields in China rose largely thanks to new compression equipment. Sales from its GSS field rose at their peak by 18 per cent compared to the end of 2015 to 6mln cubic feet per day.Total sales volumes rose by 62 per over this period against a year ago and by 43 per cent over the second half of 2015.

Green Dragon stated its efforts in the first six months had been to increase recoveries by lowering wellhead gas pressure through the new compression equipment. Randeep Grewal, chairman, said the focus on compression and production infrastructure would continue through the end of 2016 and into 2017.

“Our final challenge on our large GSS project is increasing gas sales by reducing casing pressure at the well bore on the currently drilled well stock where production capacity is significantly higher than the current gas sales.“I am satisfied with the first well head screw compressor installed on well GSS188, which has resulted in the 45 per cent increase in its gas sales. As the proof of concept has been successful, we can now focus on repeating the same technological improvement on the rest of the well stock.”

Green Dragon is in partnership with a number of Chinese state-owned energy groups and has interests in six gas blocks in China.Total wells in production during the period were 708 (666) most of which were in GSS (621) and GCZ (87).Exploration is underway in one of the other blocks, GGZ. Downstream gas sales amounted to 1.07bcf, 42 per cent up on the second half of 2015. 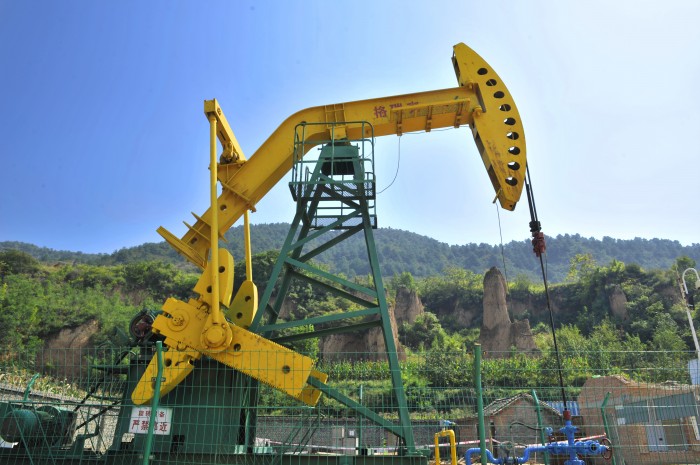 After a couple of difficult years, 2014 was an important transition year for Green Dragon Gas (LON:GDG).  The main board London-listed group used the year to sort out problems and build key partnerships with powerful state-owned partners, to finalise the legal, operational and financial foundations for its coal bed methane (CBM) business in China, including key partnerships with powerful state-owned partners, which meant 2015 is all about building production and revenues.

The  recently released its first half 2015 results and they show that the strategy is working. “We are pleased to announce another set of strong financial results from Green Dragon Gas, following the gradual ramp-up in our production and sales through the first six months of 2015,” said chairman Randeep Grewal.

“In addition, we have continued to benefit from a uniquely strong pricing position environment in the context of the on-going volatility in the sector, due to our strategic position in the high demand Chinese gas market.”

Using the company owned proprietary LiFaBric technology, its more than 30 well drilling programme is on track. Eighteen wells were drilled during the first half. A further 14 are expected to be drilled  the second half of the year.

Gross production was 4.87 bn cubic feet, an 18 per cent increase over the first half of 2014. Two of its four licences, GSS and GCZ accounted for most of this. State owned CUCBM is the operator in the 60% owned GSS block and Petrochina is the operator at GCZ.

The production level in the first half would suggest that Green Dragon is on track to exit 2015 with output of 10.15 bcf a year. However, the company has reiterated it should exit 2015 with production of 12bcf.  This compares with 8.7 bcf for 2014.

Importantly, Green Dragon has also been investing heavily in infrastructure. According to Emily Ashford the research analyst at broker Cantor Fitzgerald, this is important since although the company has the production its inability to get the gas easily to markets has been a constraint on sales and revenues.

Green Dragon is now clearly ramping up output quite quickly Critics have suggested that the there is a debt burden and further funding will be needed as a lot more wells will be required to be drilled on the flagship GSS block alone to exploit the 400 bcf of booked reserves.

One broker  tends to agree with Grewal , it says: “The investment case is about the future not the past. The company has sorted out its legal problems about title. It has formed strategic partners which are working for them. The drilling  and the infrastructure programmes are fully funded. I do not believe there is pressure on the balance sheet just now.It says we have been to the see the sites in China and believe that production can continue to grow rapidly .”

It adds that by the end of 2016 the company expects to have capacity of more than 50bc/yr at GSS. There are also other catalysts. There could well be a farm-in.

It concludes: “A number of the major companies have been sniffing around.  In terms of valuation it  values GDG’core production (1P) and proven and probable reserves (2P) ( less adjustments) at 478 pence a share, with further appraisal and development contributing  354p a share. It retains its BUY recommendation and target price of 832p.