Germany has had a controversial and tortured relationship with nuclear power for a long time- since before the Second World War in fact.

Michael Muller was a member of the Bundestag for 26 years for the Social Democratic Party (SPD) and was from 2005 to 2009 a junior environment minister. Today he is the joint chair of the Final Storage Commission  (FSC) for nuclear waste.

He said to a group of 17 journalists from eight countries including me, which had been assembled by Clean Energy Wire (CLEW) an independent energy think tank that: “Nuclear issues are different here than in other countries. In Germany they were linked to Hitler. From 1938 Hitler urged scientists to find a way of building nuclear weapons. In the early cold war period there were more nuclear warheads in Germany than almost anywhere in the world.”

Maybe it was this association of nuclear power with Nazism and militarism which initially made Germans so anti-nuclear. But as memories of these links started to fade, attempts vociferously to reject of nuclear power for any use, military or civil, have found an enduring place in German political through the years and are strongly exercised to this day..

Germany’s civil nuclear power programme began with research reactors in the 1950s and 1960s with the first commercial plant coming online in 1969. The 1970s ushered in a period of violent left-wing protest. These were years of the Baader Meinhof gang and their so called Red Army Faction.

In 1975, 28,000 protesters occupied the construction site of a nuclear plant in Wyhl (in the southwestern  state of Baden-Wattemberg ) and managed to stop construction.

After the nuclear accident in the US reactor at Three Mile Island in 1979 around 200,000 took to the streets in Hanover and Bonn. More protests followed wherever locations for radioactive waste and processing were considered and were often put down violently by police. The anti-nuclear movement was one of three key driving factors behind the formation of the Green party in 1980.

In 1986 large parts of Germany were covered with radioactive contamination from the Chernobyl disaster in Russia and this hardened feeling against nuclear plants as Germans had to go to great lengths to deal with contamination. 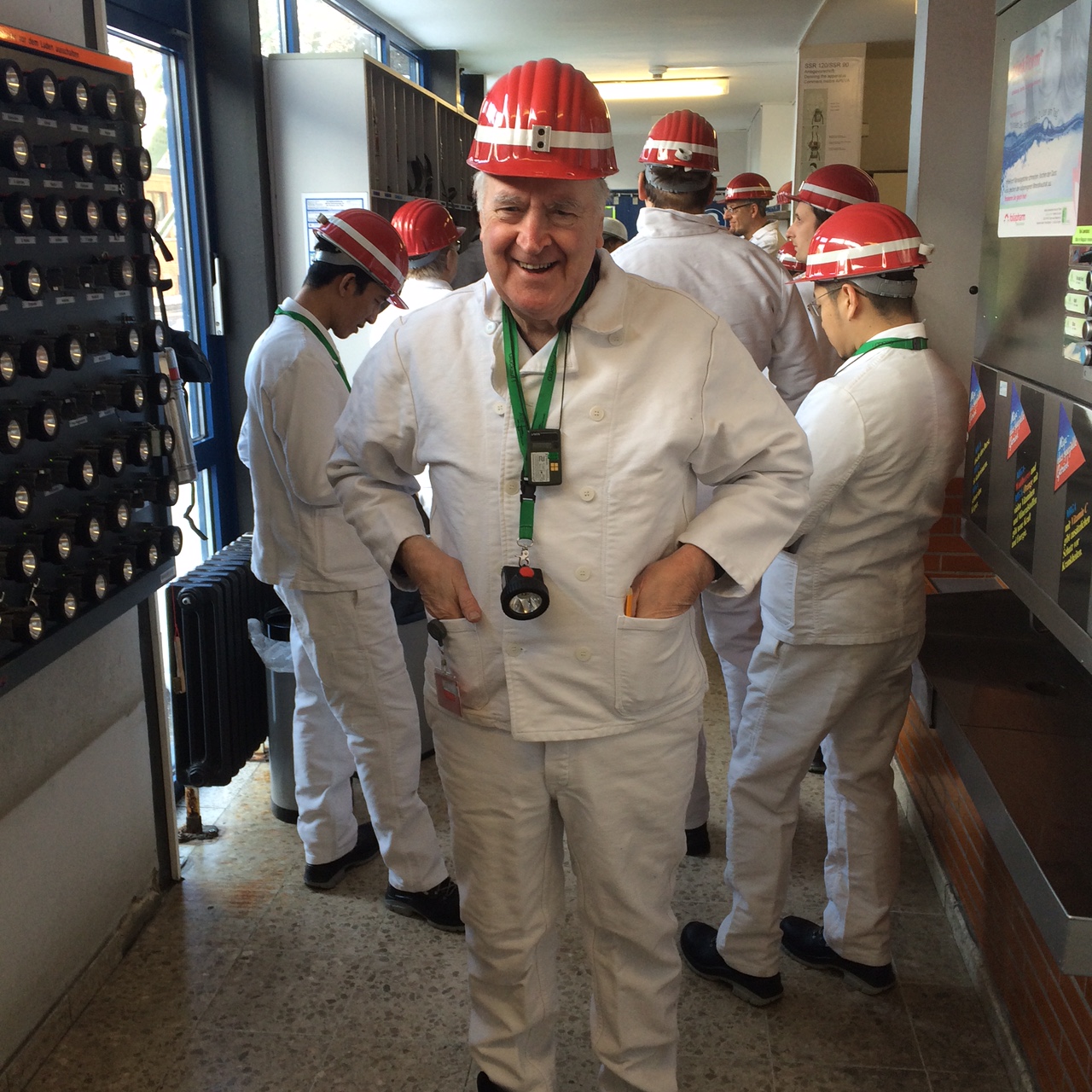 The Greens gained power as junior partners in coalition with Gerhard Schroeder’s SPD in 1998-2005 and it was during this time that the target of phasing out nuclear plants by 2022 was first mooted.

Angela Merkel in one of her coalitions in 2010 changed the deadline for closure to 2034. But she changed her mind a year later in 2011 after Fukushima in Japan. Eight of the 17 operating reactors in Germany were permanently shut down following Fukushima.   The plans for closing down the remaining eight plants are now well advanced with the final three to be shut during 2021-22.

But it is one thing to close down the existing plants but it is completely another thing to deal with the closely related and more contentious issue of what to do with the nuclear waste. Germany already has the frightening knowledge that the country has a nasty nuclear accident that could be waiting to happen in the form of the Asse facility, a former salt mine in lower Saxony. The government bought the mine in 1965 as a large scale research project to test the suitability for final storage of radioactive waste.

Despite warnings the mine was not water- tight or sufficiently stable, two years later and until the late 1970s the authorities clandestinely started to store a mixture of low grade and dangerous plutonium waste in what was supposedly a permanent dump.

Much later media reports began to circulate that there were water leakages, and so it turned out. After being mined since 1907 the salt was eroded and began to collapse under pressure from the overlaying rocks. Journalists were told that brine from geological water was seeping in at a rate of 12,000 litres a day. The mine was put beyond use. But there are fears that radioactive residues will leak to the surface and contaminate the biosphere for 7000 years.

Since 2011 when it was decreed the waste, which is contained in over 100,000 casks in 13 caverns must be removed, there have been attempts to do just that. But there have been problems. Before the drums can be extracted, engineers say they will have to sink another shaft and open up new galleries. But it is not clear that that there is sufficient room to create new galleries without cutting into the impervious rock which acts as a seal. This could would allow more water in and make retrieval impossible.

Meanwhile, it is costing Euros 140 million a year to keep the mine safe. “Nothing will be moved until at least 2033 says Ingo Bautz, of the Federal Office for Radiation Protection (BIS), who oversees the site.

Jochem Flasbarth, the state secretary at the Federal Ministry of the environment says: “It was a disaster. If we had known then what we know now we would probably never have done it.” This has echoes of, say a British junior minister apologising for the fact that Britain 25 years ago used to dump nuclear waste in the Atlantic Ocean.

But Asse is just one part of the Germany’s dark nuclear conundrum. There is nuclear waste around old close nuclear plants in what can only be called temporary storage. There is also the problem of the spent waste from the latest and final round of closures.

All told some round 300,000 cubic metres of mostly low and intermediate waste, old clothes, brooms, other tools and the like will need to be stored. But some of the waste is high level spent fuel and other radioactive material that will need to be locked away for a million years. What will happen to this is still being debated?

The search for a final resting place has been under way since in 1973. From a review of over 24 salt domes a short list of four emerged as likely candidates. Finally a former salt mine was designated as a site for possible central final storage of nuclear waste. As part of this project a “temporary” storage site for used fuel elements opened in 1983.

Gorleben is a municipality of 600 inhabitants in eastern Lower Saxony. Set in a Sparsely populated region which is heavily forested. Gorleben is one of the most remote regions of (then) West Germany, surrounded in three directions by East Germany.

The nuclear waste site has become an iconic symbol both nationally and internationally of the anti-nuclear movement in Germany. The Wendland region around Gorleben has seen huge demonstrations, massive clashes between protesters and the police, as well as staunch campaigns of civil disobedience by farmers and the local population.

The activists in Gorleben form a very vibrant group to this day. A groups of us journalists turned up on a Sunday when there was an anti-nuclear make service in makeshift chapel in the forest followed a lengthy tea and cakes party which was very well attended.

Wolfgang Ehmke has been a campaigner here for 40 years. Told us that a large proportion of the 300,000 cubic metres of waste is already stored in Gorleben. There are 117 casks kept here. Moreover, he said that 21,000 cubic metres or most of really dangerous waste, the need-to be-stored for- one- million 1 stuff is kept in Gorleben.

Ehmke said it is not a question of what you might call ABIMBY or anywhere-but-in-my-back- yard. “We cannot bury this waste because there could dramatic changes in climatic conditions could away the rocks before the waste is safe,” he said

Muller at the FSC believes a final repository must be found somewhere in Germany. He said much research had been done into deep storage and that geology would most likely provide the solution, in that clay or rock would provide the final resting place rather than salt domes.

Environment minister Flasbarth said that a final repository could be identified and that long term burial could start in 2050. Muller, however doubts that the deadline can be met does not believe the public is truly behind the initiative.

Germany’s nuclear agonies are going to continue long after the power stations are closed down.