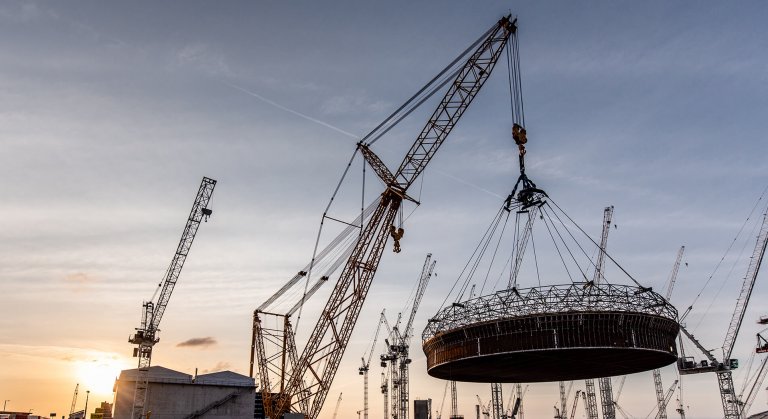 The European Parliament looks likely to face legal challenges after voting yesterday to temporarily include natural gas and nuclear energy in its “taxonomy” of green energy technologies, potentially triggering billions of Euros in green investment for the two technologies.

Just weeks ago, two parliamentary committees had voted to exclude gas and nuclear from the taxonomy, in what legal charity ClientEarth called the “final nail in the coffin” for efforts to define gas—and its corresponding methane emissions—as a green energy option.

But in yesterday’s final decision, legislators “fell short of the 353 votes needed to reject the inclusion of gas and nuclear technology” from the taxonomy, which amounts to “a list of economic activities deemed in line with the bloc’s transition to climate neutrality,” Bloomberg reports.

“The vote means that new gas plants will be able to tap into a fresh pool of money from environmental, social and governance (ESG) investors, albeit for a limited time and only when those facilities are replacing coal-fired stations,” the news agency adds. “It will also serve as a boost to Europe’s struggling nuclear sector, which countries like France have touted as a low-carbon energy source crucial for the replacement of Russian fossil fuels.”

ClientEarth immediately threatened legal action. “Today’s vote is extremely disappointing and seriously risks putting the EU’s climate goals out of reach,” lawyer Marta Toporek said in a release. “Branding fossil gas as transitional and green in the taxonomy is unlawful as it clashes with the EU’s key climate legislation, including the European Climate Law and the taxonomy regulation itself.”She added: “Greenwashing cannot win.”

Austria and Luxembourg are also threatening what would ultimately be a years-long legal challenge to the final taxonomy rules, Bloomberg writes. “It’s completely clear that both nuclear energy and fossil gas have nothing to do with sustainability,” said Austrian energy minister Leonore Gewessler. “We will naturally challenge. We have already made preparations and Luxembourg has announced it will join us.”

The vote followed a last-minute plea by Ukrainian Energy Minister German Galushchenko. Previously, “scientists, environmental activists, and even a large part of the investment management industry had criticized gas and nuclear getting a green label on concerns that it could divert investment from renewables and tarnish what the EU had pitched as a ‘gold standard’ for green finance,” Bloomberg writes.

The fine print in the final rule allows a temporary green label for gas plants that replace coal and emit no more than 270 grams of carbon dioxide equivalent per kilowatt-hour, or whose annual emissions fall below 550 kilograms per kilowatt-hour over a 20-year span, the news report says. Plant owners would have to receive construction permits by 2030 and lay out plans to switch to renewable or low-carbon gases by the end of 2035.

“In light of Russia’s invasion of Ukraine, it is ludicrous that the EU continues to legitimize gas as green as planned at the start of the year,” said Club of Rome Co-President and sustainable finance specialist Sandrine Dixson-Declève. “No credible institution can sanction the Russian invasion of Ukraine with one hand, and push ahead with plans to incentivize investments which include Russian fossil gas supplies with the other.”

In May, climate think tank E3G said [pdf] including gas in the taxonomy would be “at odds with the overall direction the EU is taking” to decarbonize energy. Nuclear plants will qualify for green financing under the taxonomy if they can nail down construction permits by 2045 and have plans to avoid “significant harm” to the environment and water. UK Nuclear Industry Association CEO Tom Greatrex spun that provision as “a huge victory for science.”

The German Investment Funds Association wasn’t happy with the final decision. “Since the taxonomy eligibility of nuclear energy and natural gas is not only politically, but also scientifically contentious we would have preferred if the parliament had decided against inclusion of these activities in the taxonomy,” said CEO Thomas Richter.

Germany’s government is split on the issue, Euractiv reports, with Chancellor Olaf Scholz open to a temporary green pass for gas but Green coalition partners who “abhor the idea of putting even a temporary sustainability label on nuclear power and fossil gas, a position which only intensified following Russia’s attack on Ukraine.”

“Natural gas is an important bridging technology for us on the way to CO2 neutrality, and the inclusion of natural gas in the delegated act takes this into account,” Scholz’s chief spokesperson Steffen Hebestreit said yesterday. “Energy giants are now profiting from it,” countered Rasmus Andersen, head of the German Greens in the EU parliament.

German economy and climate action minister Robert Habeck, a Greens politician who in January said the proposed taxonomy “dilutes the good label for sustainability,” is now proposing an emergency bailout law for gas companies while trying to scale up renewables as quickly as possible. The draft measure received cabinet approval Tuesday and could be fast-tracked through the Bundestag as soon as Friday, Politico writes. News reports have cited German gas giant Uniper as one company that might be in line for €9 billion in relief.

“It’s about doing everything we can to maintain basic supplies through the coming winter and keep energy markets running as long as we can, despite high prices and growing risks,” Habeck said, adding that the “overwhelming” fear of a recession called for the government to avert the possible combination of reduced consumer purchasing power and an “investment brake” for companies.

“Also on Tuesday, lawmakers from the ruling coalition of Social Democrats, Greens, and Free Democrats agreed on a draft law to boost Germany’s transition to renewable energies which would set aside up to 2% of the country’s surface for wind energy turbines,” Politico writes. “The goal is to produce 80% of Germany’s energy demand via renewable energies by 2030.