In September 2021 the Global Wind Energy Council produced a report on off-shore wind for 2020 which showed an increase of 6.1 GW, year on year. This was the second largest increase on record and constituted a 15 per cent increase on existing estimates. The cumulative total is now 35 GW.

The report envisages a further 235GW of generating capacity being constructed in the next ten years and since 80 per cent of the most suitable sites are in water deeper than 60 metres (i. e. too deep for any installation to be permanently fixed). it is significant that the report goes into some detail about the various technologies involved when the objective is to tether in the water rather than to fix to the sea-bed. 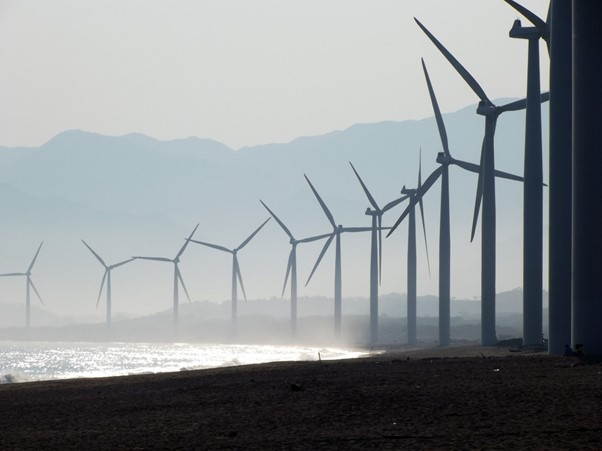 This is a relatively new use for an existing technology but there is obvious excitement at the prospect of the off-shore wind industry being able to use the expertise of Oil and Gas firms to promote renewables. What is now needed is for Government to set up off-shore wind commitments. But that is in the future: at the moment the only firm pledge by Government is the UK commitment to have at least 1GW of floating power operational by 2030.

Beyond this is the judgement that there is no universal technology which can be used to tether floating power.  Rather each individual situation will need to be satisfactorily resolved on its merits, using whatever technology is most appropriate. This means that a solution could be based on a deep-water floating spar, on a semi-submersible, on a barge, or there could even be  tension leg solutions, though these are comparatively rare because of the barriers of complexity and cost.

The big question is, naturally, who is going to finance this major expansion of renewables/new source of electricity? Government does not have the necessary funds. There are certainly plenty of companies rich enough to take part. But it would be unwise to overlook the potential of those oil firms facing huge pressure from share-holders to turn themselves into energy companies and thus cope better with the demands of a changing world. Shell, BP and Total Energie are all facing similar pressure to build upon their initial renewables forays. Whatever expertise they also bring to the table, at least they have their cheque-books.