Energy Vault gets substantial backing for its gravity-based storage system

On 9 September Energy Vault, the Swiss energy storage company, announced a merger with Novus Capital Corporation II, a special purpose acquisition or “blank check” company that listed on the New York stock exchange in February. The combined company is valued at $1.1 billion. The combined company will start with $388m in cash, including $100m in commitments to Novus from private investors and $100m that Energy Vault had raised in August from venture capitalists including Saudi Aramco Energy.

These are big numbers for a new energy storage company. What is all the fuss about? Energy Vault (EV) uses the simple physical principle of gravity, in contrast to the complex electro-chemistry of Li-ion batteries or the use of extreme conditions such as the liquefaction of air. When electrical energy is available it is used to lift large blocks to build walls, thereby storing it as potential energy. To release this energy the blocks are moved back downwards, thereby producing kinetic energy which drives an electrical generator.

The company started in 2017 by building a small-scale prototype and followed this with a full scale 35MWh commercial demonstration unit (EV1) that was commissioned and connected to the Swiss national grid in 2020. EV1 consists of three cranes set at different angles at the top of a tower above the walls on the ground. The cranes move the blocks up and down from one wall to another. 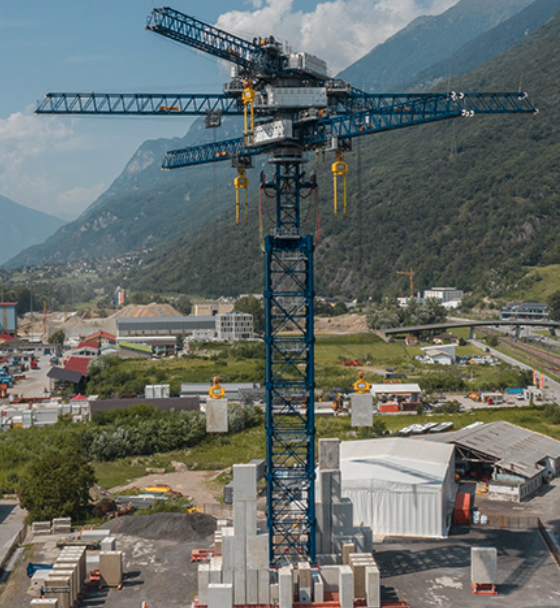 The principle may be simple, but the trick is to make the process entirely automatic. This requires advanced computer control but is similar to techniques used moving containers with cranes in the shipping industry. However, the blocks are much smaller than containers, and they must be precisely and repeatedly grabbed and positioned for years on end. Also, moving bricks involves a short sharp burst of energy, whereas the electricity sent for storage or required from it should be relatively constant. This can no doubt be solved by using short term storage devices such as capacitors.

To promote its green credentials further, EV has developed a method of making its blocks, or “mobile masses”, from waste materials, such as coal ash or retired wind blades. This contrasts positively with the special minerals needed for Li-ion batteries.

But for all these advantages the bottom line is the levelized cost of the electricity produced (LCOE) and the factors that go into it. EV claims its LCOE is 60 per cent of that of Li-ion batteries, to be improved to 51 per cent. The initial capital cost is slightly less while operating costs are significantly less mainly because some of performance degradation of the Li-ion cells. However, the large number of moving parts in the EV method means that its costs still needs to be proved in commercial operation.

The loss of energy in storing has been measured at 24.7 per cent for the EV1 unit, more than the usual 10 – 20 per cent for Li-ion batteries, but with a hoped-for improvement to 15 per cent. On the other hand, the safety of EV1 is higher while disposal and end-of-life issues are much simpler.

The EV1 unit was large and very visible. No doubt recognising possible objections to its tall towers, the commercial design, EVx, re-packages the system into a large rectangular shape with less height but more cranes. This also reduces the effect of strong winds that could upset the movement of blocks.

EV claims to have agreements or letters of intent from eight customers representing 1.22 GWh of storage and $368m in revenue, and to have many more sales at different stages of discussion. The first EVx systems should be operational in 2022.

Of the many new storage systems being introduced this method of mobile masses is attractive for its relative simplicity and robustness, even if the automation adds complications. It is also more environmentally friendly. Whether it breaks through remains to be seen, but it starts with strong finances and much investment interest.