Even before this issue was highlighted, there was no doubt that one of the casualties of the Covid 19 pandemic would be the campaign to reduce the use of plastic in the world, particularly single-use plastic. That is hardly surprising, one of the main focuses of the fight against the virus has been the provision of adequate supplies of PPE (usually in the form of single use plastic!).

An Economist article quotes a forecast, admittedly made by a research company, of a growth in the global disposable mask market from an estimated $800m in 2019 to $166bn in 2020. Whatever the exact number, we can all agree that the increase in plastic waste more generally is bound to be huge, not forgetting that there has also been an enormous increase in home-delivered parcels, which means both more cardboard and more [complicated] plastic wrapping.

One way to reduce the amount of used plastic in the world is recycling. But using the word “plastic” gives an unwarranted impression of simplicity; in fact, it covers a multitude of different polymers, nylon, rayon, polypropylene, polyethelene and the rest. This presents a problem for the recycler: like can only be recycled with like.

That assumes that the plastic can be used again in the first place. The fact is that once plastic waste leaves the land it is a struggle to recover, let alone recycle, the various types of plastic that are in the sea. Sadly, the majority of that plastic is in the form of hundreds of different polymers, most of which cannot be combined for reuse. But since most fishing nets and gear are made from the same polymer, nylon, and there are a lot of discarded nets drifting around (the so-called “ghost” nets), it actually makes sense to think about recycling the thousands of tonnes of nets which end up in the sea every year. 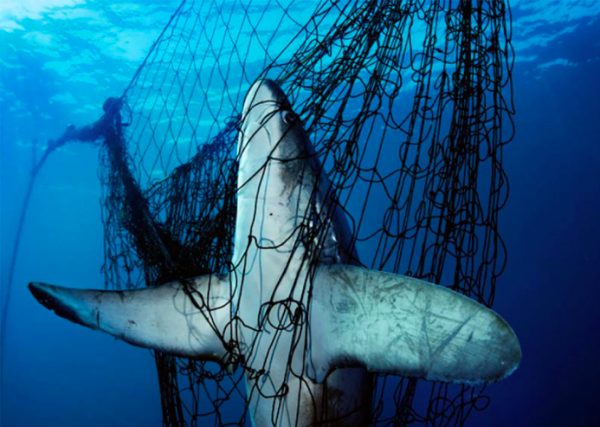 That would not be insignificant. According to the FAO, an agency of the UN, nets constitute as much as ten per cent of all ocean plastic. In a pilot project, they are recycled by Plastix, a small company in North Denmark, which buys the maritime wast and turns it into pellets that can be substituted for virgin plastic in consumer products.

But there are other formidable obstacles to be overcome if this solution is to be more generalised. In terms of cost, by mid-2019 recycled plastic was more expensive than virgin plastic, and the collapse of the oil price meant that plastic, derived from hydrocarbons, became even cheaper. Yet it seems that this was not the only problem: even before that, prices of the most common plastics were at a multi-year low largely because of oversupply. And, above all, there is the question of scale. What percentage of world production of plastic is represented by recycled plastic? The answer is, sadly, “Less than ten per cent”.

“…[we] are not going to solve the problem of the hundreds of thousands of tonnes of indestructible marine plastic already circulating in global waters and the millions more in the sediment below. But [recycling nets] shows how we can stop that volume increasing.”