Vibrations are everywhere. From traffic rumbling over a bridge to footfalls on a pavement, the modern world is filled with ambient energy that can be harvested by materials that exhibit the “piezoelectric effect”. Deforming these materials causes a small charge displacement across them, leading to a build-up of voltage. If such a material can be coupled to a vibration source, then each vibration will produce a small voltage which can be used to charge a battery or power a small device. Some cigarette lighters already exploit this; instead of flint on steel, a voltage is created by compressing a crystal – usually quartz – to produce a spark. 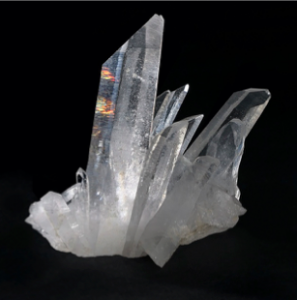 The process is simple and long lasting, making it ideal for installations that are difficult to connect to mains power or access for servicing.  They can also replace batteries, which are costly and end up in landfill once used. Even if the vibration source isn’t present when the device needs to be active, they increase device lifetime by charging a battery that would otherwise be single use. For example, a device embedded in a bridge to monitor structural wear from traffic flow could be powered by vehicles as they cross it. It is possible to harvest around 1 W from a vehicle travelling at 100 kilometres per hour (62 miles per hour) – more than enough to power a simple monitoring device with an attached transmitter, which usually runs on around 10 milliwatts (or 10 thousandths of a watt).

Implants, such as pacemakers, are also difficult to access, often requiring surgery to replace their batteries. Adding a charging device can prolong battery life, reducing the frequency of surgery and so decreasing the risks involved. Piezoelectric implants harvesting the motion of joints or a heartbeat have been developed, producing power on the order of milliwatts – enough to power a pacemaker a hundred times over. For a constant source such as a heartbeat, this would even remove the need for a battery in the first place, although the technology has only been tested in rats and pigs so far.

External, wearable devices have also been trialled to power heartrate monitors or even charge phone batteries. Movement from your joints or a breathing ribcage produce a few milliwatts, whilst the impact of your footsteps generates up to 20 milliwatts. A power output of 50 milliwatts was achieved by integrating a polymer known as PVDF into the shoulder straps of a soldier’s rucksack. Connected to an integrated battery, one hour of walking could power a humble 3 minutes of radio operation. However, recent advances in the field have led to enormous increases in power output, such as a braided textile fibre – also made from PVDF – that increases power output by a factor of 15. Such a step up in power would make even charging a mobile phone feasible, if somewhat slow.

Some studies have attempted to scale up piezoelectric production for the grid. This mostly remains in the realms of mathematical modelling and is somewhat underwhelming. The undulations of ocean waves powering a piezoelectric device could produce around 20 W per metre squared – ten times less than a standard home solar panel. A second idea proposes using a piezoelectric generator in a high rise building during an earthquake or high winds, producing a maximum of 432 MW during extreme conditions – an appreciable amount of energy for a single building, although it would need to be stored to be of any use. This generator would also work well as an oscillation dampener – already a feature of such buildings, which would offset some of the installation cost, although no economic arguments were presented in the paper [1].

Piezoelectric generation is unlikely to make any great headway in large-scale power generation any time soon. But with ever increasing efficiency and power output, it may be able to conveniently charge small, portable devices such as mobile phones in the near future. Coupled with its utility for hard-to-access, low-power situations, it is certain to play a part in a future where power generation is more decentralised and more environmentally sustainable.